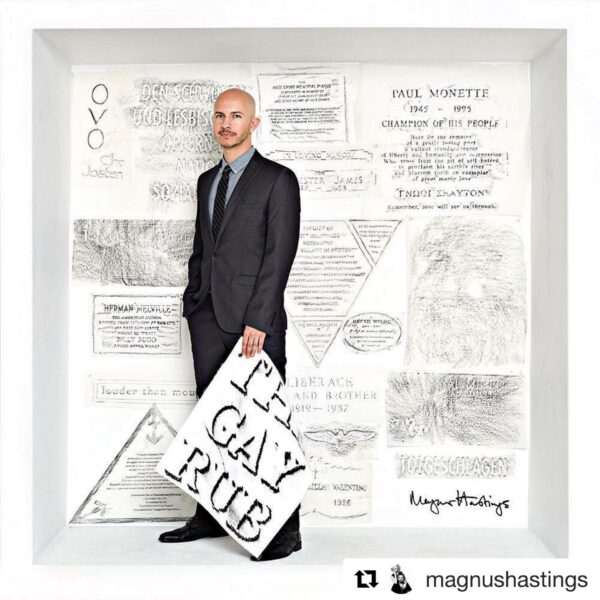 The Gay Rub is a project devoted to collecting rubbings from GLBTQ historical markers, signs, tombstones, cenotaphs, plaques, and monuments. Started by Steven Reigns an LA based poet and educator who now tours with an Exhibition of it , and which was filmed as a short documentary by Michael Saul.

Queerguru talked with Saul on the eve of the film being screened at Reeling Film Fest Out On Film Tampa Bay International Gay & Lesbian Film Festival, and OUTshine Film Festival