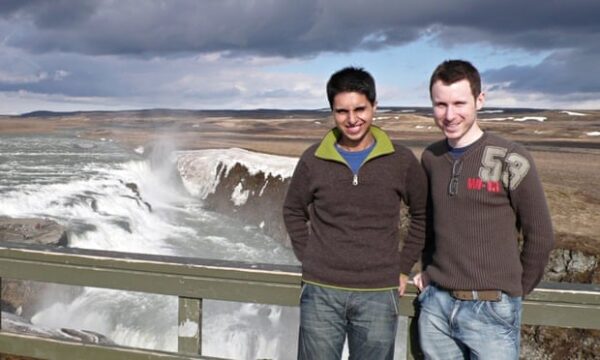 Unassuming Matt Mahmood-Ogston is an unlikely LGBTQ hero, and even though he may deny it, he is exactly that.  He turned the tragic death of his long-time fiance Dr Naz Mahmood into creating the Naz-Matt Foundation to stop religious homophobe.

Three days after 34 year old Naz had told his Muslim parents he was gay, their reactions were so severe and threatening, that he actually took his own life.

In the midst of his grief, when he confesses all he could think of initially was of joining Naz, Matt was inspired to start the Foundation.  He wanted to help ensure that no gay person should ever be persecuted by their family for whatever religious beliefs they held.

On  the eve of the Foundations new short  film “My God Im Queer’ being screened at the Iris Prize Festival, Queerguru took the opportunity to talk with Matt about his own life’s journey and that of the Foundation.    It is impossible not to be moved by him, and also be grateful for the essential work that he is spearheading