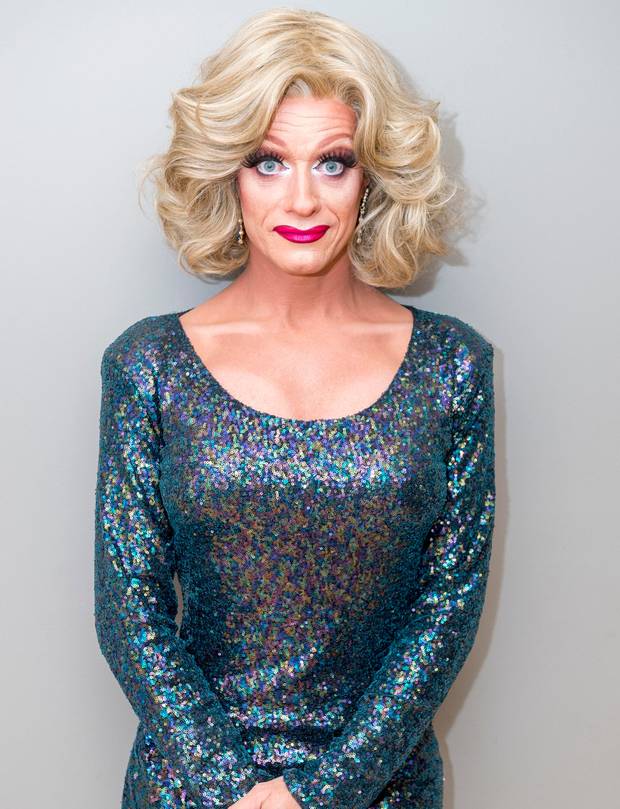 Rory O’Neill aka Panti Bliss has been Ireland’s’ foremost drag queen  for over twenty years now, but it wasn’t until one cold February night in 2014 at the Abbey Theatre in Dublin that the world sat up and took notice of her.  In one of the most impassioned moving speeches about the reality of homophobia the articulate and totally charming Panti overnight became an unlikely global iconic gay figure.

The speech quickly went viral winning her a People of The Year Award which was presented by  the Brit gay actor/writer Stephen Fry who declared that Panti was the most important Irish voice since Oscar Wilde.

It propelled her into leading the country’s very successful same-sex marriage campaign and becoming a national treasure in Ireland. Last year her life was the subject of a biopic calling her the Queen of Ireland.

Panti claims that she is a drag queen first and an accidental activist second, but many of her fellow countrymen would love her to reverse rolls and maybe even become Ireland’s next President.

As Queerguru was visiting Ireland we nagged Panti’s PA to set up an interview. So one Sunday afternoon in her own bar …..aptly named the Panti Bar,  we partook of a few pink cocktails and finally got to talk to Panti.

PS we added the fact about the cocktails because its the reason why the first few minutes of the video are not too perfect.