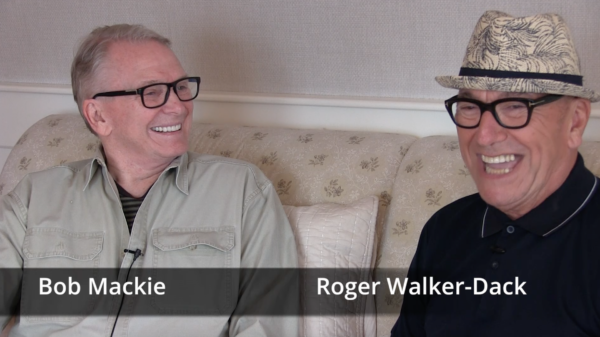 The 9 time Emmy Award Winner legendary Costume Designer BOB MACKIE refuses to stop working. And why should he when he is still very much in demand? His newest project just announced is a truly inspired idea from some Broadway Producers who have commissioned Bob to design the costumes for a revival of the iconic gay cult classic show ‘Howard Crabtree’s When The Pigs Fly’.

This is a musical review that first opened in 1996 and was based on Howard Crabtree’s own life when his school counsellor made fun of his ambitions of wanting to be something they considered so frivolous as a costume designer. Bob confessed to us that this was similar scenario his own when he was a youth.

The show that actually revolved around the costumes, was a major success and won awards, but sadly something not witnessed by Howard who died of complications from AIDS just before it’s first night.

Bob knows all about winning awards as he picked up yet another one earlier this year: the Hollywood Beauty Award for Outstanding Achievement in Costume Design & Styling but we spent most of our conversation talking about his very colorful life extravagantly dressing some extraordinary women which is still doing decades later after he got his first big break with the celebrated Hollywood designer Edith Head.

Bob was in P Town to see his good friend the jazz singer Marilyn Maye perform and also to take in the magic of this town at the tip of Cape Cod which, as it possesses more Cher impersonators per square mile then probably any other city in the world,  is always especially pleased to see him.

Bob Mackie was in conversation with Roger Walker-Dack for ‘queerguru reports’ on queerguru.tv and was filmed by Hussein Wentz at The Anchor Inn Beach House, Provincetown.