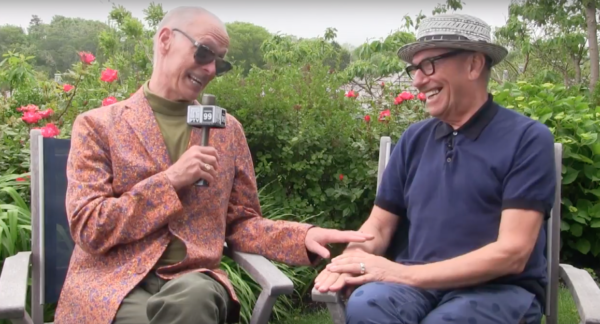 Provincetown’s own Renaissance Man John Waters sat down to talk to queerguru at #PIFF2017 to share how busy he is ……as usual. The Pope of Trash who has called P Town his summer home for decades has always been a major force in the Film Festival too, and we literally caught him for a chat when he was dashing from event to event.