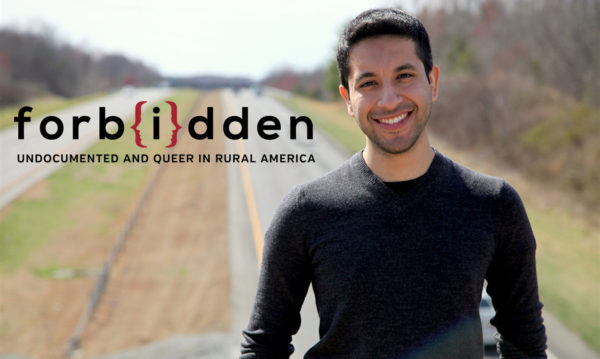 24 year old Moises Serrano is one of those selfless millennials who are determined to make their mark on the world by putting themselves on the line to really make a difference for his community.  Both queer and undocumented, this fearless activist has risked his own security by coming out and being prepared to be counted.  His inspiring story, and that of others in similar situations, is captured so beautifully in this must-see documentary Forbidden : Undocumented & Queer in Rural America which is currently doing the rounds of the Film Festivals, where it has already picked up three awards.

Moises sat down with queerguru  prior to the latest screening of the movie at the OUTshine Festival to explain further about the plight of undocumented Americans, and some of his forthright views were not what we expected.

The interview was filmed by Roger Walker-Dack  in the Bar at Miami Beach’s Hotel Gaythering for P.T.V