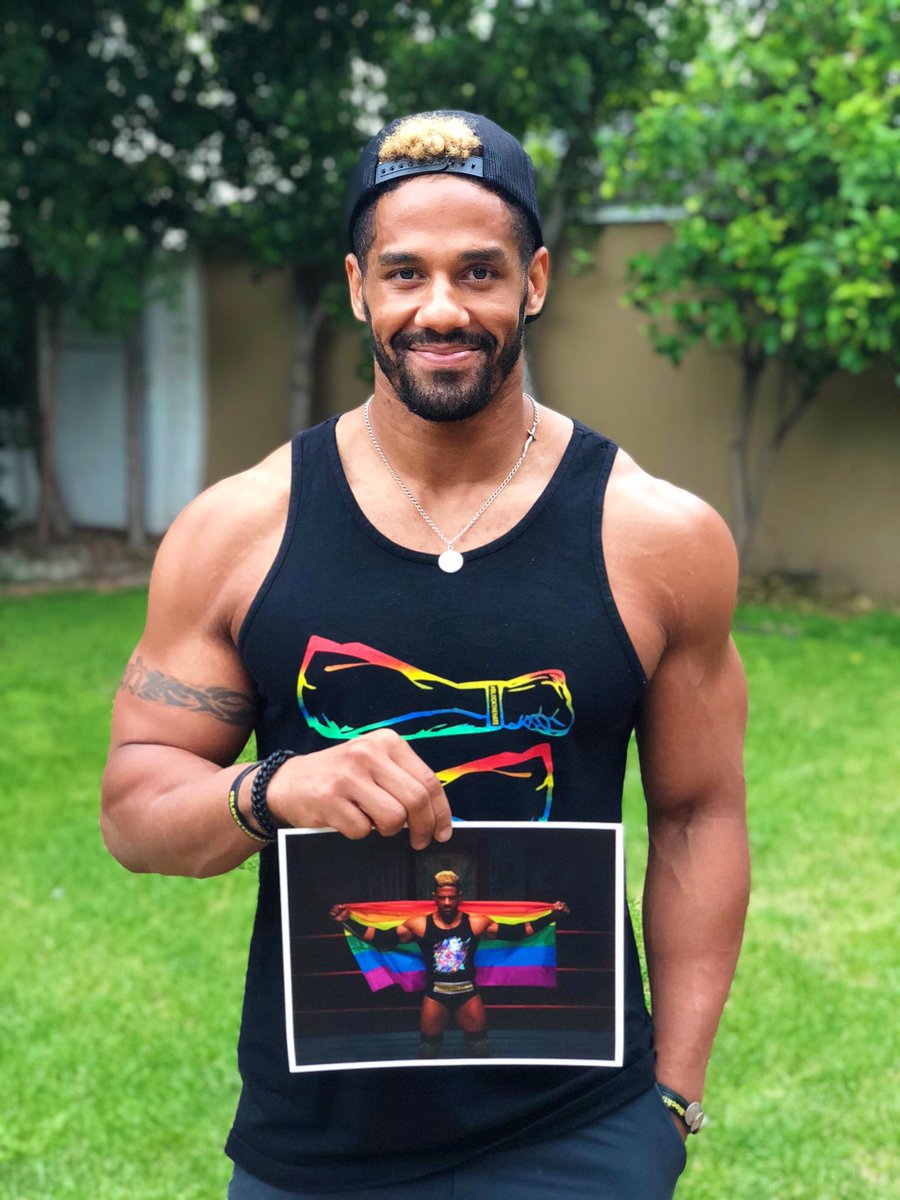 WWE star wrestler Fred Rosser caused quite a stir when he came out as gay in 2013, since then he has continued wrestling and also has become an activist, rolemodel and advocate non-profit BURN THE HATE for which he was given Miami’s OUTshine Film Festival VANGUARD AWARD and also the Keys To The City. He talked to QUEERGURU about all this …..and his live and hopes.