South Florida has always been a home from home for many LGBT residents of Provincetown who like to swap the sometimes brutal winters for the sunshine state. Now The Stonewall National Museum & Archives in Wilton Manors has a new exhibition called The Lure of Provincetown that takes a look at the history of why people still flock back every summer without fail.

Featuring photographs by the late Al Kaplan, who arrived in P Town in 1961 aged 18 and for the next five years recorded the community that he was at the center of. Midge Battelle’s photographs are from the 1990’s when she recorded the annual Dyke Drag Brunch that takes place during P Town’s Womensweek. They are joined by art from Len Paoletti who before he retired to Fort Lauderdale ran a couple of P Town guest houses whilst practicing his art.  Paoletti is best known for his canvasses on scenes at the Boatslip Tea-Dances which have a distinct 1980’s feel to them.

queerguru P.T.V’s roving reporter who winters in Miami Beach caught up with Chris Rudisill, Stonewall Museum’s Executive director to get the low-down on why he thinks there is such a bond between the two towns. 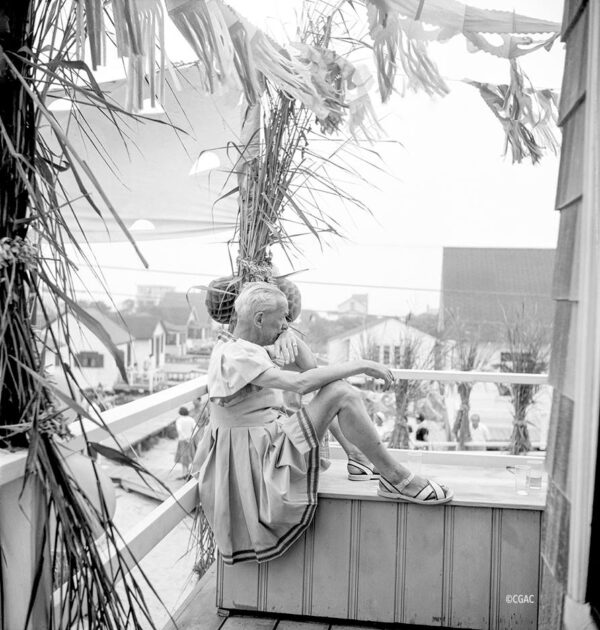 Since the 1940’s Cherry Grove, New York a small village on FIRE ISLAND has been a vacation paradise for the LGBTQ Community. The Cherry Grove Archives Collection a non-profit organisation was established to record the community’s history and is currently presenting an Exhibit SAFE/HAVEN; GAY LIFE IN THE 1950’s at Stonewall National Museum & Archives in Wilton Manors.

Queerguru spoke with the two curators Susan Kravitz and #BrianClark