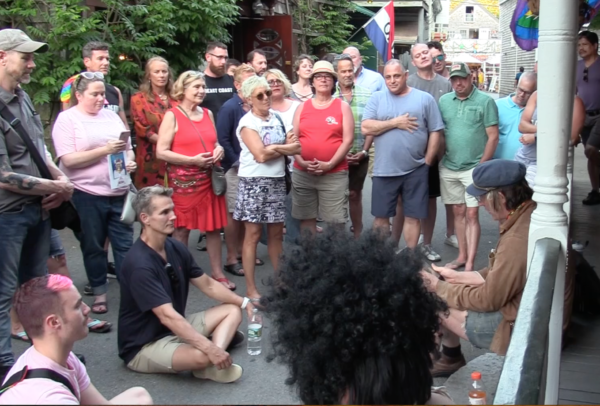 When Caleb Eigsti and Austin Tyler discovered there was no ‘official’ event being planned to mark the 50th Anniversary of Stonewall in #Ptown, they organized one themselves. This informal ad-hoc event with speeches from Ryan Landry and Miss Richfield 1981 on the steps of the A House, the town;’s oldest gay bar was an unqualified success