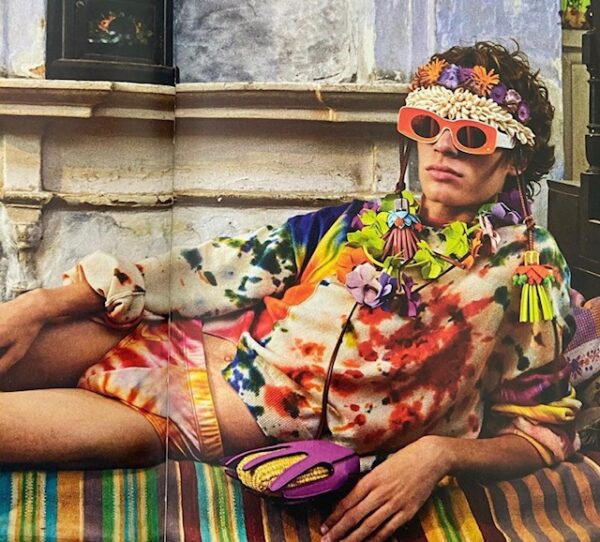 Until we can go back to the beach or sit by a pool, we can think about what swimwear we are going to wear when we can. So here is a fun brief queer guide on the history of men’s swimwear. 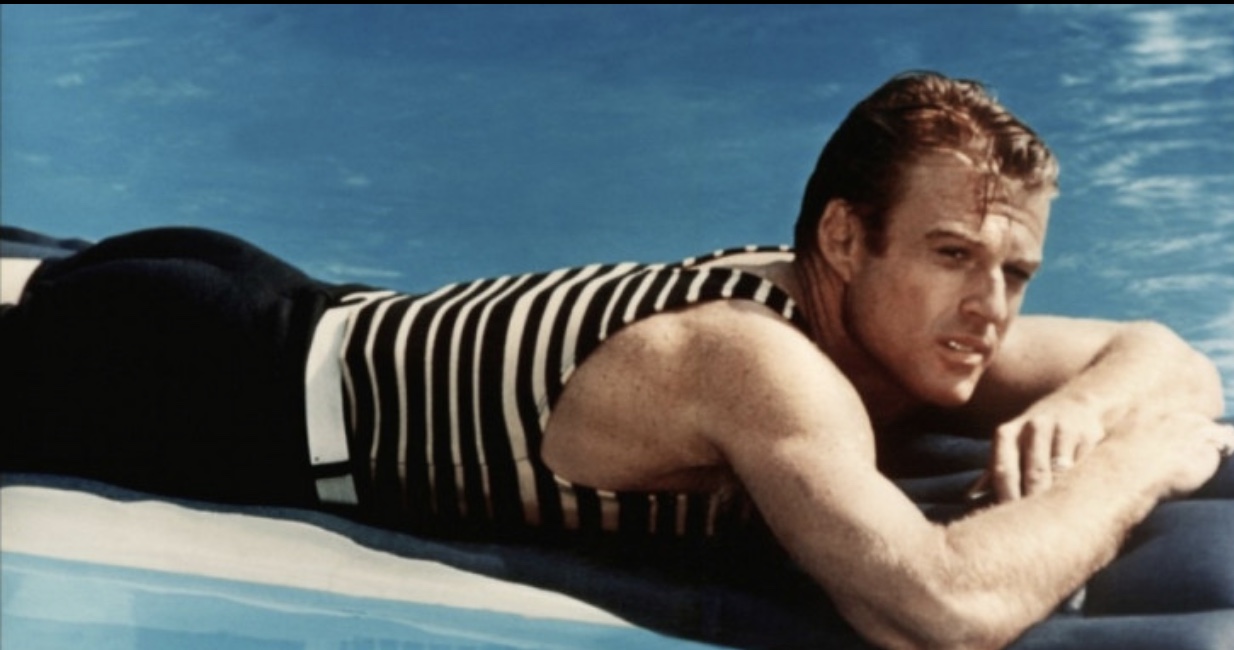 One piece bathing suits – When we first started to enter the water for fun and exercise in the early 1900s the one piece suit was worn. It was often made of wool and with nautical themes dominating the styles or prison stripes with button tops attached to long-john bottoms, not a bare chest in sight.

Two-piece suits started to be a trend for men in the mid 20th century still remains decency but an upgrade from the all in one. Robert Redford wore such a style playing Jay Gatsby in the 1974 film the  “Great Gatsby”. 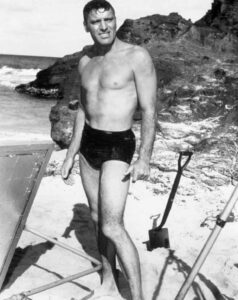 Small trunks (as they were called) became all the rage after the first world war, fairly revealing and still worn today on may European beaches Burt Lancaster in the 1953 film  “From here to Eternity” romped in the sea in a pair of trunks.

Then along came Larger trunks in the late 20th century with a higher waistband and fuller in the leg leading to the board shorts of today, further developing into surfers shorts.

In the 1960’s revolutionary designer Rudi Gernreich showed unisex thong style swimsuits. You can still buy these today from the Tom of Finland store or on Ebay. This was the original thong that inspired the one worn by Sacha Baron Cohen as “Borat”. 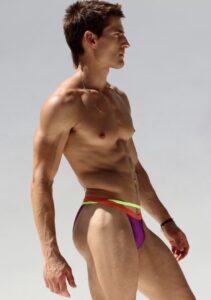 In 1997 when Tom Ford was designing for Gucci he sent models down the runway in no back no sides swimwear. Again you can buy originals of these on  Ebay for in excess of $1,399 -$3,99.

Have to mention Speedos as the most famous brand world wide and also a commonly used word for the style.. The company started in 1914 but came to everyone’s attention when they made the small (budgy  smuggler) for Olympic competitive swimmers. This started the Budgy Smuggler brand along with AussieBum down in Australia.

Other famous film scenes with men in swimwear are Elvis Presley, Daniel Craig as James Bond and that famous scene with Jane Russell and the boys in Gentlemen Prefer Blondes. So we can’t all wait to dive in.