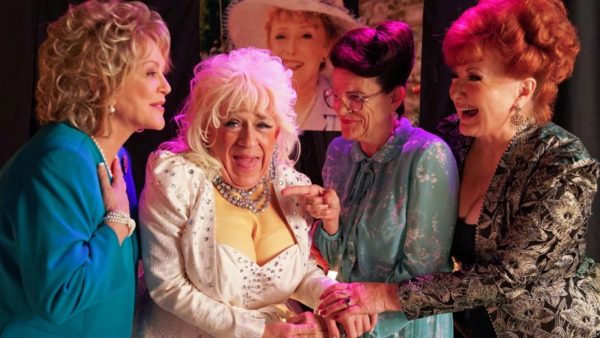 Del Shores the creator and director of the whole Sordid Lives Franchise was in P.Town with his producer, the actor Emerson Collins, for a screening of A Very Sordid Wedding so we jumped at the chance to talk to the two of them about the new movie and offer them an opportunity to throw some shade on their scurrilous star Leslie Jordan who was dishing dirt about them to us just two weeks ago.

This very hilarious conversation was filmed at Seaglass Inn & Spa by #HusseinWentz for ‘queerguru reports’ on  #queergurutv.

P.S. You may like to check out our full review of the movie HERE

and our very recent hilarious encounter with Leslie Jordan too http://c3f.ab6.myftpupload.com/2017/07/leslie-jordan-throwing-shade