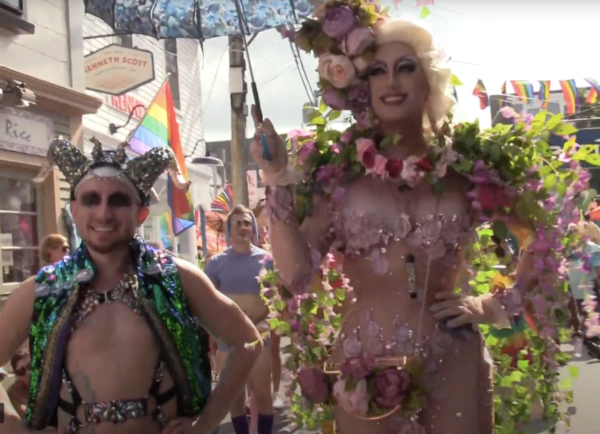 For the past 41 years PROVINCETOWN’S ANNUAL CARNIVAL is one of the highlights of the town’s year. The Floats themselves are almost after thoughts as by far the best part of the day is the fabulous PEOPLE PARADE when from midday on groups of exquisitely and uniquely costumed men and women just troll up and down the length and breadth of Commercial Street.

The theme for 2019 was ENCHANTED FOREST which everyone interpreted in the most inspired and fantastic manners, with most of the men focusing on wearing as little as possible.

For the past 15 years the ANNUAL DRAG BRUNCH at PATIOS AMERICAN BAR & GRILL has become one of the highlights of PROVINCETOWN CARNIVAL WEEK.

This fundraising event for Helping Our Women hosted by the indefatigable MISS RICHFIELD 1981 has already raised iver $250000 (even before today’s $60K+ is .added). With its packed room full of creatively dressed queens who have traveled far and wide to attend to watch some ‘spirited’ and decidedly amateurish performances, this sold-out Brunch in 2019 was  a riot from start to finish. 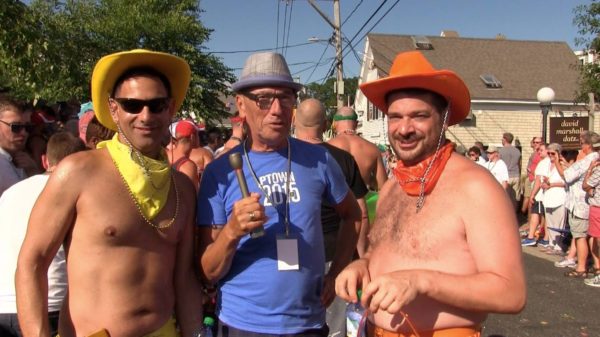 Last summer Rik Ahlberg and queerguru covered ‘CandyLand’ P.Town’s Carnival for P.T.V.  On the eve of this year’s Carnival ‘Back To The ’80’s’ here is a very brief look at some of the things + people we came across when we went looking for candy on Commercial Street. 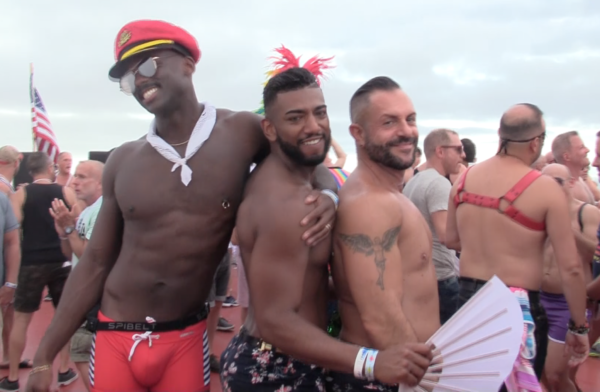 One of the highlights of the first day of Provincetown Carnival ia the Cruise D’ Krewes on Bay State Cruise #ProvinctownII organized by Provincetown Business Guild. Queerguru’s camera crew joined this boat packed with hot men determined to have a good time : check our film out here

Filmed by Dan Desjardins , and Edited & Directed by Roger Walker-Dack

The Theme for Provincetown Carnival produced by The Provincetown Business Guild this year was MONSTERS, MYTHS & LEGENDS which gave plenty of scope for all those creative queers to let their imaginations run riot. The costumes were both spectacular and innovative, even though many of them used very little fabric! Queerguru once again invited celebrity photographer TRIXIE von GOGO to fly in to film the entire Event, and you can see from the video below how she so beautifully captured the essence and spirit of the Carnival 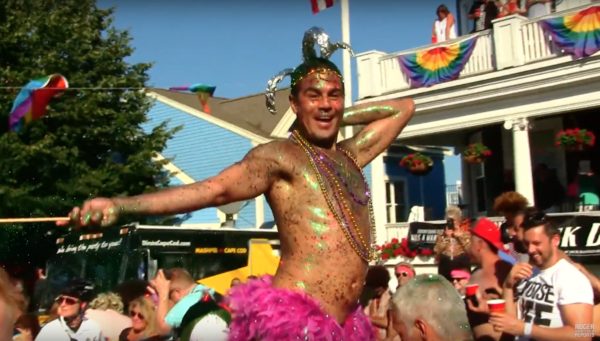 The streets literally went completely glittery when Manuel and his friends showered all the crowds the entire length of the Parade route of the P Town Carnival this year. queerguru caught up with him later to find out his story.

Filmed by Judy Rolfe for P.T.V.