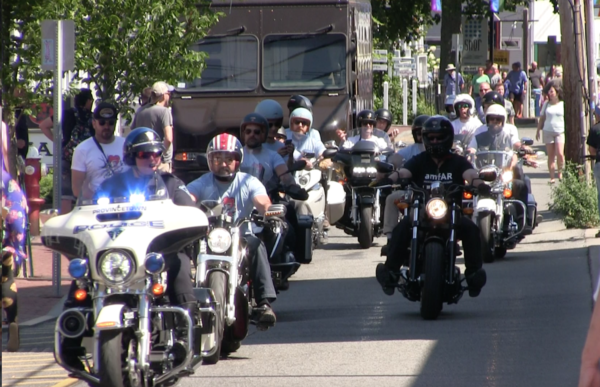 queerguru’s hat is off to Chris Salgardo President of Kiehls Since 1851, as not only did he pull off another spectacular and highly successful LifeRide fundraising event for amFAR, but we soon discovered when he and his fellow riders rolled into Provincetown this morning, that everybody involved was having such a blast as well.

Salgardo was accompanied by some of his celebrity buddies on this 11 day trip, but as we interviewed them all for P.T.V, it was very clear that he hardly had to twist their arms to go biking with him.

We’ll have our full report on the fun time they (and we) had, and exactly how much money and awareness that they made, and about their support for the AIDS Support Group of Cape Cod, as soon as our editor has spun their magic with all the footage we shot. Meanwhile as a teaser trailer here is our interview with one of LifeRide’s regular riders Ben Cohen the ex England Rugby Player, now an activist and Founder of The Ben Cohen Stand Up Foundation (that combats bullying) ….. and a Throughly Nice Chap too.

Filmed for P.T.V. by Judy Rolfe