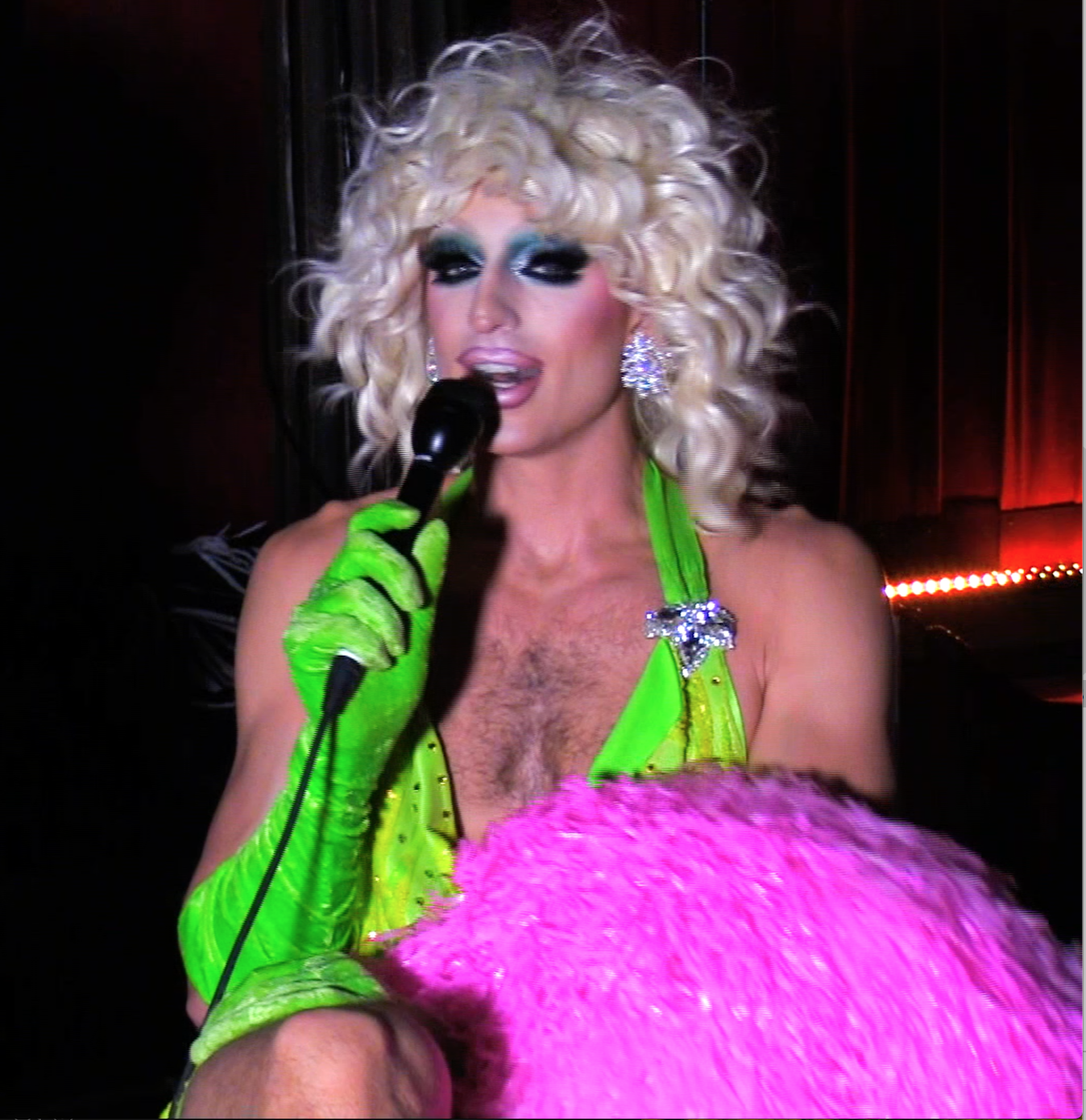 NY drag performer MILK aka Dan Donigan a Drag Race Alumni is making his PTown debut in his new show ALPHIE playing at VELVET RED ROOM. Milk is also a member of THE DAIRY QUEENS a drag trio with his BF James Whitehead aka Ühu Betch and JbDubs

Every new Drag performer in town always brings something new to the table , and in Milk’s case it is sexual energy as he taunts his audience dressing and undressing in front of their very eyes. His ‘tiny’ sparkly thong is really something to behold

He’s performing at Velvet until the end of August,

The interview with Roger Walker-Dack was filmed by Dan Desjardins .