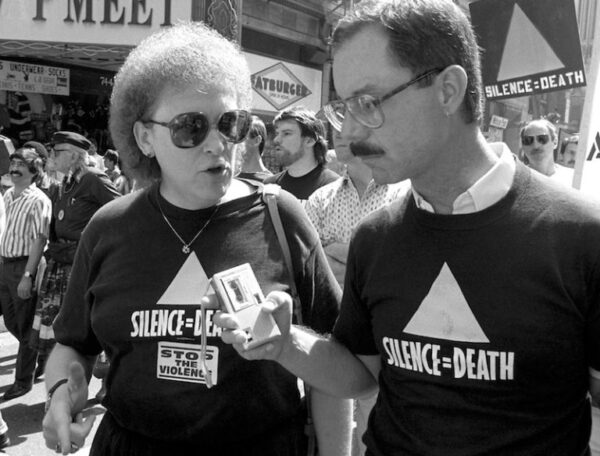 In the second half of the last Century when the LGBTQ community found its very survival was at risk, even at its darkest moments there was usually also a bright beacon of light and hope.  As the AIDS pandemic devastated us indiscriminately in the 1980’s most of us felt overwhelmed and helpless,  but there were a handful of exceptional people who empowered us to take charge and fight back.

Several of these leaders, like Larry Kramer and Vito Russo, became famous and rightly acknowledged on an international basis as iconic queer figures.  Others who were also on the front line and to whom we shall eternally be grateful too, have all been forgotten except to a close few.

Connie Norman. the self-styled AIDS Diva is one such person. However thanks now to a compelling new doc by filmmaker Dante Alencastre which tells Norman’s truly remarkable story, that will hopefully all change.

Whilst others like Kramer were spurred on by anger, Norman’s own strength was her capacity to use love to get over the hatred hurled at the LGBTQ community.  With her actions and positive she helped to outmaneuver the plaque which very few were interested in at the time.

Connie Norman, AIDS Diva died in 1996 the same year protease inhibitors were introduced  She had fit a whole lifetime into her  47 years.