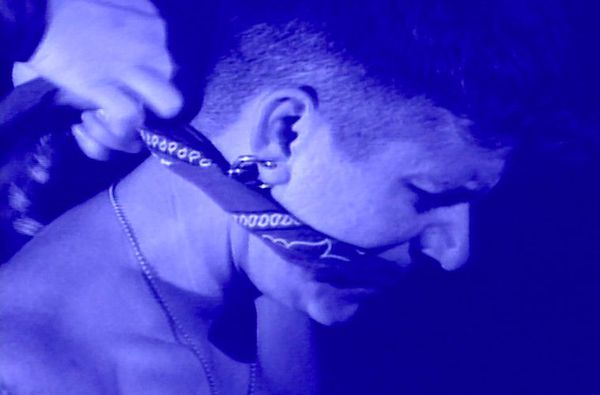 Michelle Handelman’s video BLOODSISTERS is celebrating its 25th Anniversary with a screening at Outfest Los Angeles Virtual Film Festival right now. It’s probably her most well known project from a whole body of controversial work that explores the sublime in its various forms of excess and nothingness.

The film is not merely an in depth guide of San Francisco’s leatherdyke scene during the mid-nineties, but a very spirited defence of their practices which have, and still are, a confusing mystery to most of us.

They are a small very marginalised community which sits uncomfortably within the larger marginalised LGBTQ community. To join you must come out twice.  First as being ‘queer’ and then for being a leatherdyke/sadomasochist which will probably end up costing you your entire circle of friends. 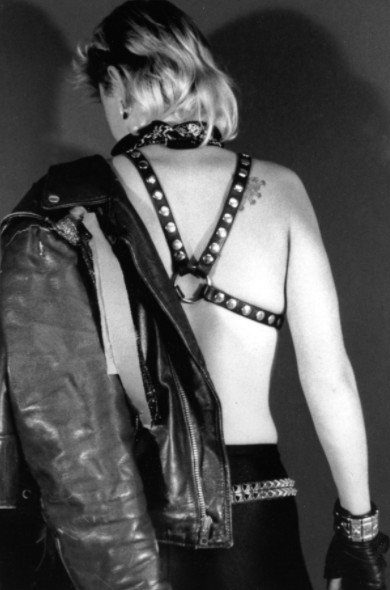 In fairness the rejection is based on ignorance of the actual practices of the community and lesbian sexuallity in general.  Not that knowledge would always change opinions but it would at least enable us to be more respectful of people’s choices.

Handleman’s very explicit film does an excellent job in shattering most of the assumptions and perceptions that we may have, about a practice that has so often to have been assumed part of the patriarchal system. Her interviewees stress that this part of their sexual identity should be considered a political choice and treated as such.

We learn a lot about pushy bottoms to macho femmes,  and  details of the sexual rituals of masochism.  When these are described in detail,  highlight the extremities they will go for sexual pleasure.  Actually how far they can and will go is not really dealt with.  It is if Handelman believes the bounds they go to are such a highly personal choice that we needn’t know about.

There is one interviewee who describes a spine curdling moment when she is holding a knife against her partners neck, and who is verbally encouraged to ‘go on!’

At another point one of the dykes , after declaring that she hates being called a lesbian, declares S/M is about “finding your own boundaries and moving beyond.”

We see the  world of  Leather gatherings to award  a new official title to that year’s toughest S + M dyke who then fund raises for the community which gives a public face to a very private activity.  Which thanks to Handlesman’s film we now know enough to re-think our own take on the matter.  It may still be insufficient to change our personal opinions, but we are at least able to now afford it some respect.