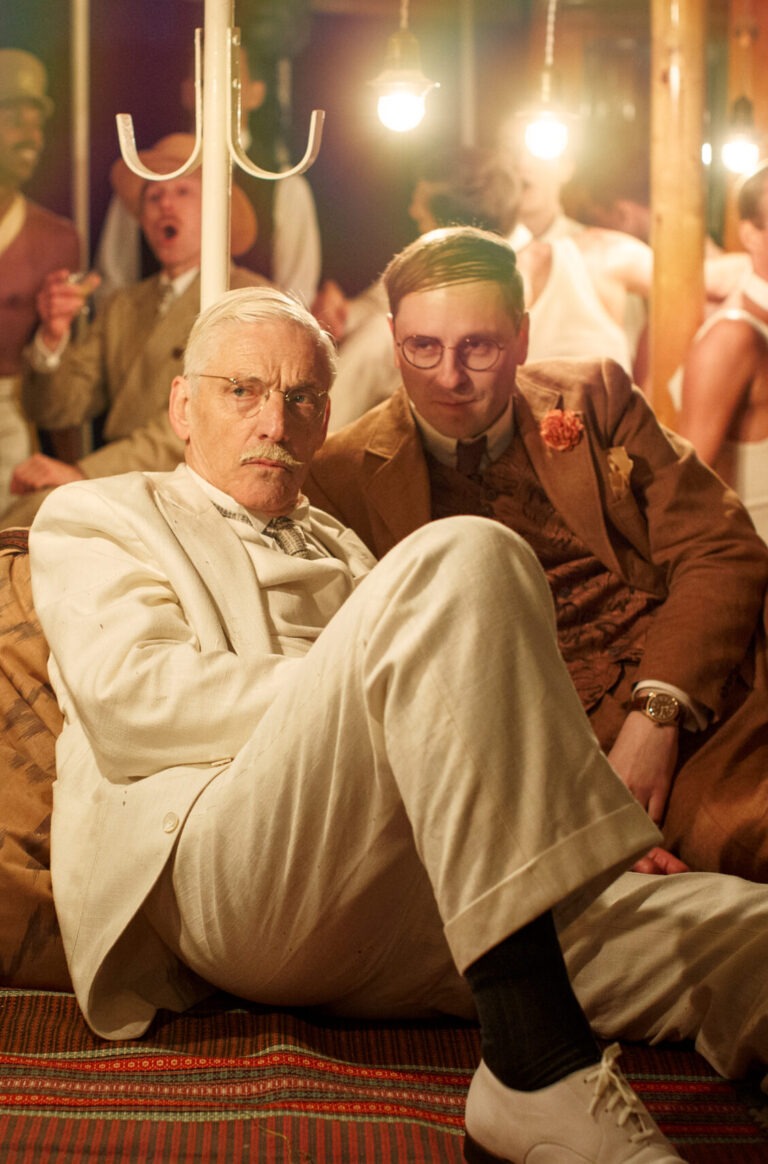 You may have to keep pinching yourself that this very intriguing TV mini-series is based on a true story as there are times when it simply belies belief.  It’s the stuff of fairy tales when a King falls in love with a commoner although it’s usually with a member of the opposite sex, unlike King Gustav 5 (Staffan Göthe) of Sweden.  The apple of this elderly monarch’s eye was a middle-aged ex-con man who claimed all he wanted was a liquor licence for his restaurant in Stockholm. 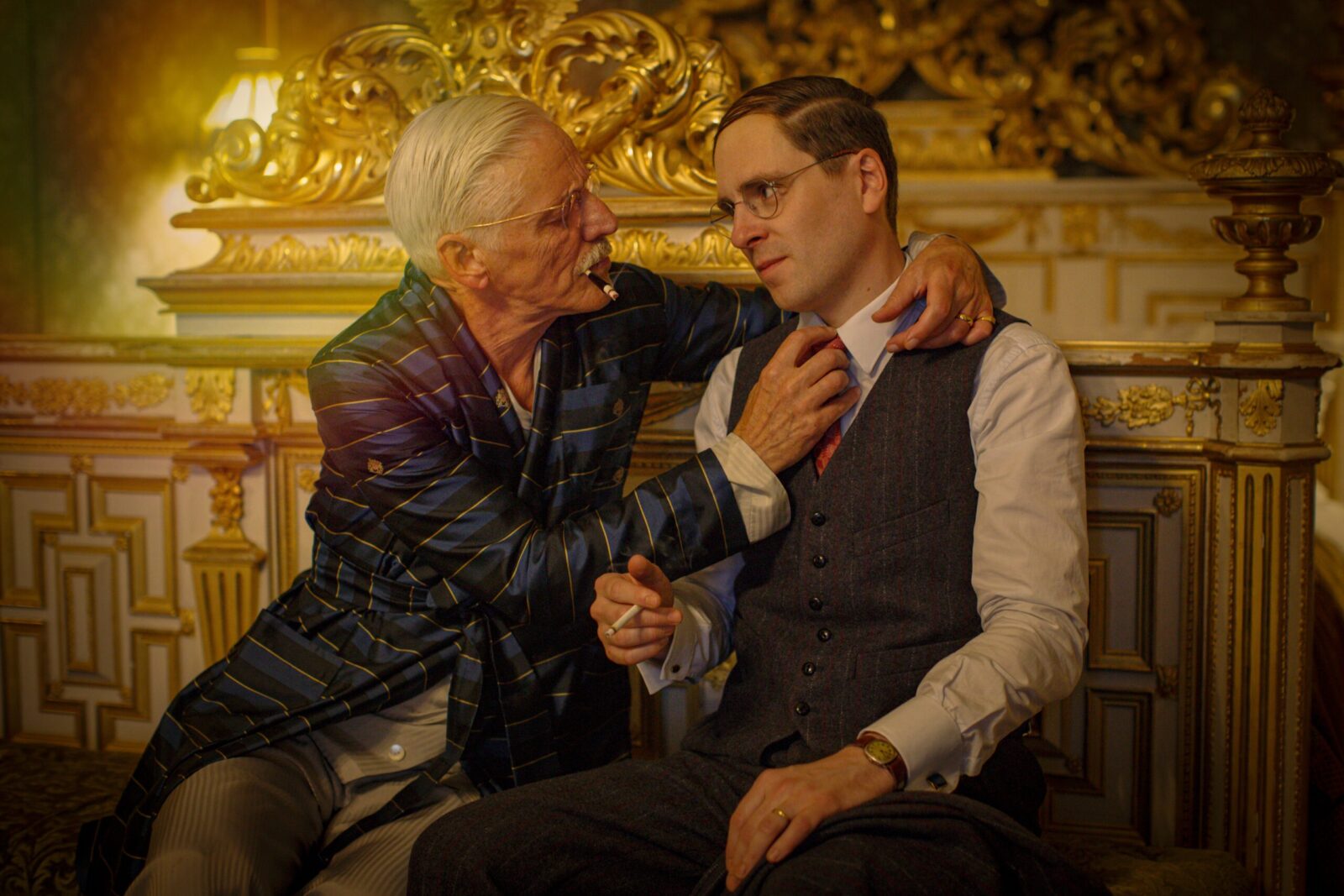 Kurt Hajiby got that in his first formal audience with his Sovereign, but when the King invited him back late that night for supper, he didn’t realize (at first) that he was on the menu.  However, what made the widower King happy,  infuriated others such as Notrin the powerful City Governor (Reine Brynolfsson) and Lidner the Lord Chancellor (Bengt Braskered).  Any whiff of the King taking up with a male lover could actually cause such a scandal that would ultimately enforce his abdication.

We know from history that in reality a King cannot always get his own way and can be forced to reluctantly take a path that senior members of his Court insist on.  Think Edward and Mrs Simpson that was still fresh in everyone’s minds.

So when it was obvious to his advisers that the KIngs affair with Kurt was serious, they became determined to use whatever means to put a stop to it. That involved helping destroy the Hajiby marriage, banishing Kurt to the US and when he was refused entry they managed to exile him to Germany which was on the brink of war. In Berlin an agent provocateur got him arrested for indecent behavior and the unlucky Kurt landed in jail.

When he was eventually released from jail he was whisked off the train at Stockholm station and straightway locked up into a mental asylum.  Mr Hajiby was never ever going to catch a  break 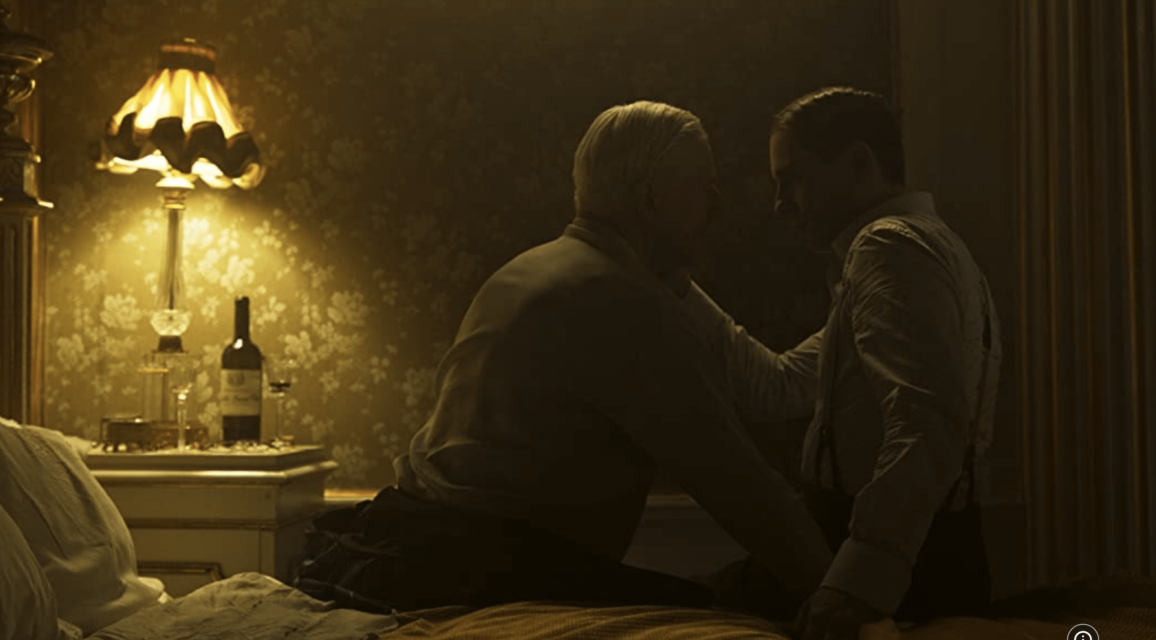 How much of the actual details of this very gripping melodramatic tale are true is something we will never be able to be sure of.  It’s like a mid 20th Century soap opera, and we have to remember that prior to his relationship with His Majesty, Hajiby had a substantial prison record.  Yet now on the screen, he is portrayed as a very sensitive man who, although he wasn’t gay (!) comes over as very clearly in love with Gustavo V.

Despite all their best efforts over the years the Authorities failed to keep the affair secret and after the death of the King, they charged Hajiby with blackmail.  Now the news really was in the public domain but the film shows a very crooked Trial in which Hajiby never stood a chance of ever being believed. It looks like one of the very worse miscarriages of justice that Sweden must have ever faced .

So if you are not too hung up trying to separate fact from fiction then you’ll find this love story very intriguing and completely compelling.

The real epilogue was added just this year when the Swedish Government of King Carl XVI Gustaf (Gustavo V’s grandson) has announced that it would now be legally acceptable for the Throne to now be inherited by a gay person.

I hope  Grandad is smiling down.