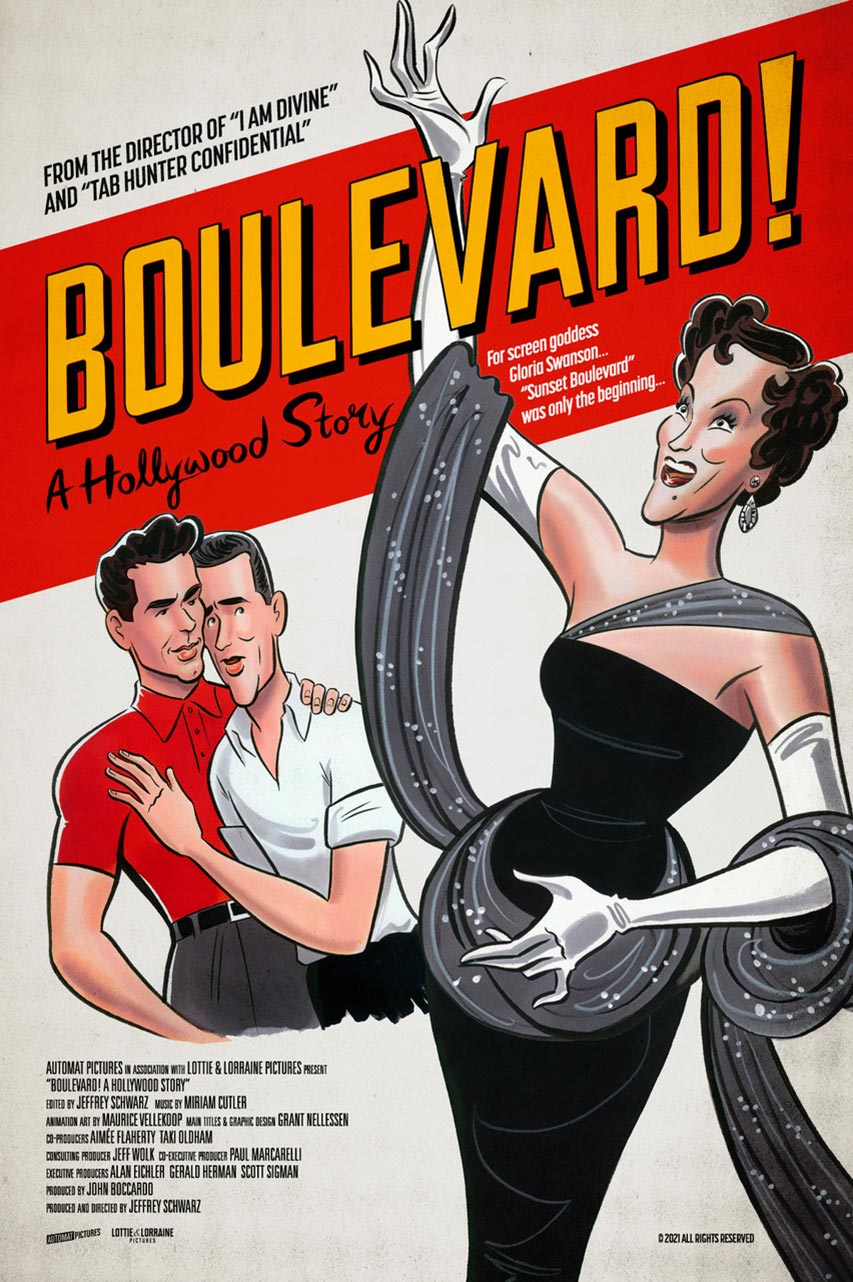 Over the past few years, Emmy Award-winning producer and director Jeffrey Schwarz has carved out quite a niche as the leading exponent of creating such excellent documentaries of leading queer icons. So far he has told us the stories of Vito Russo, Tab Hunter, Allen Carr, Jack Wrangler, and the fabulous Divine.

However, this latest documentary has a slight twist as it’s about a specific story in the life of one of Hollywood’s biggest film stars adored by the gay community.  Plus it has an unexpected queer love story that makes for such compelling viewing.

In 1950 Dickson Hughes and Richard Stapley, two young songwriters and romantic partners approached  Gloria Swanson with a new Musical they had written just for her.  The 50+-year-old star still glowing in the reception of Sunset Boulevard film, had been champing at the bitt as offers of film roles had simply dried up. 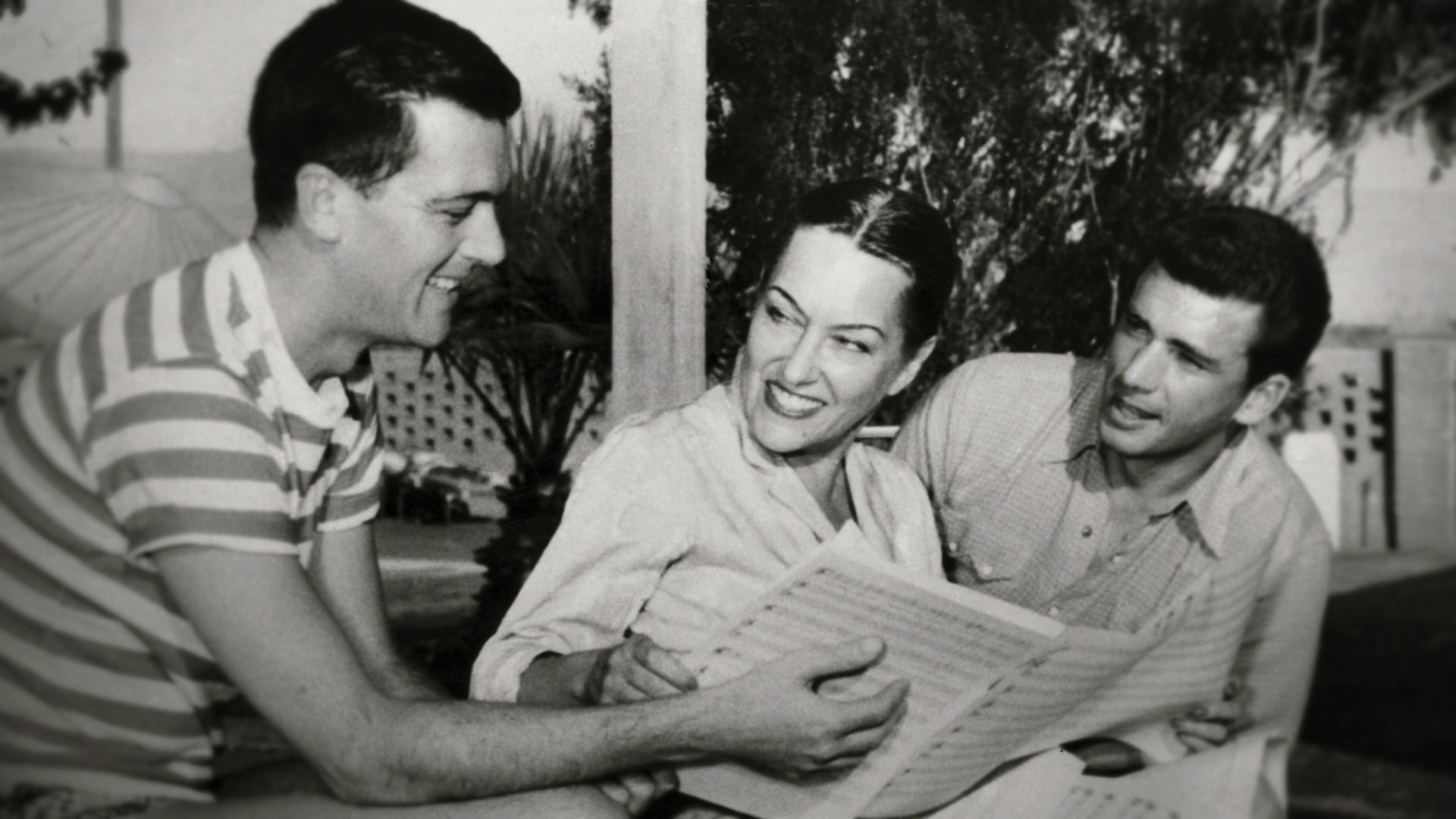 So she persuaded the couple to change their plans and write a musical based on Sunset Boulevard for her to recreate Norma Desmond.  Art however started to mirror art with Ms. Swanson falling in love with the young (gay) Stapley exactly as her Norma Desmond had been infatuated with young  ‘Joe Gillis’ in the film.

Although Schwarz had vaguely known about the existence of the musical, most of what we now see on screen seems to unfold in front of him as he digs deeper.  He has some wonderful archival footage of  Swanson singing some of the songs, plus an interview with Hughes, and also an interview he manages to film with Stapley.   It all adds up to a riveting story that will shock and delight even the most knowledgeable ‘Hollywood groupie’.

Without wishing to give away too many spoilers, the musical did get finished, and Ms. Swanson and the ‘boys’ took it to New York to find financial backers.

Fast forward and Swanson, fed up with offers of film roles which were just pale imitations of Norma Desmond,  so she rarely worked again.  10 years after her death in 1983, Andrew Lloyd-Webber introduced to the world his Sunset Boulevard musical which in 1995  won 7 Tony Awards.  He and others have failed to remake the musical because Paramount has refused them the rights.  Just like they did to Swanson way back then.

In a move where the surprises never cease to end, there is another one concerning Stapley who after he split up with Hughes, returned to his native England.  Now with a new name, he carved out a successful film career as a poor man’s Clark Gable!

Hughes meanwhile ‘recycled’ the songs into a cabaret act, titled Swanson on Sunset, which also related the story of the failed project.

Schwarz’s fascinating tale told with such genuine affection is  (in Norma Desmond’s own words) for “all those wonderful people out there in the dark” And we thank him for shedding a light on it all.