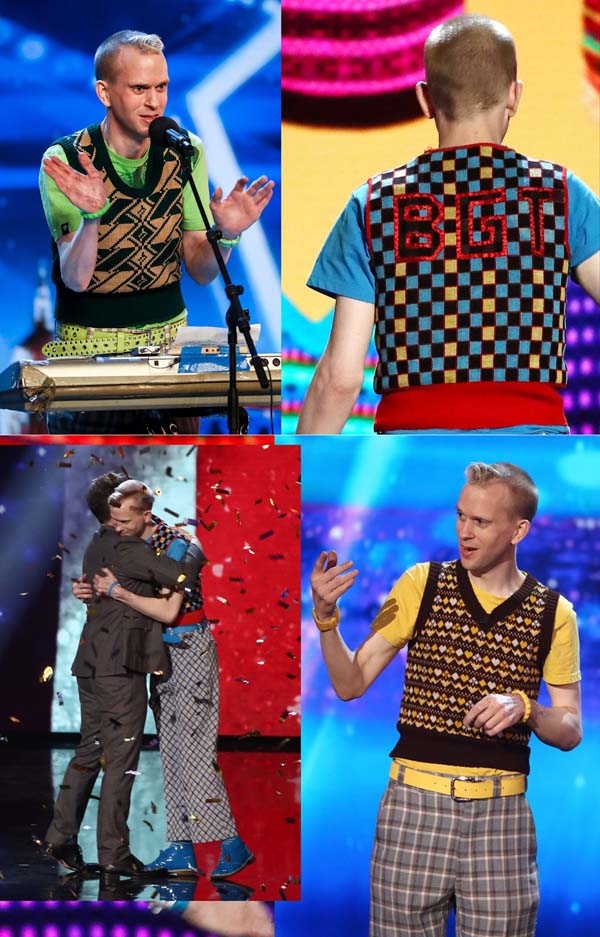 In Queerguru’s eyes, he is unquestionably one of the freshest original talents that are teetering on the edge of genius that you are so grateful that you get to experience albeit briefly.  If it hadn’t been for the ubiquitous Facebook that we all love to hate we may have never encountered his hysterically funny take on life.

There loitering in a list of must-watch suggestions from FB was a video of White appearing on Britain’s Got Talent.  A TV show that we are aware of but is not usual on our radar, now we are totally rethinking that.  The video that was suggested was White’s performance on the actual Final and it was immediately obvious how he had got that far in the competition  He took a major gamble by his very wicked parody of the judges which really paid off as they were rolling in their seats with laughter.  Even the usual tough-to-humor Simon Cowell.   We were completely stunned at the charismatic White hi-energy combination of sheer charm and talent that just oozed out of him.  He ended up in 2nd place ….. no mean feat …. but in our books, he was and is, the real winner.

It’s part of Queerguru’s mission to always share the news of what is best and queer, and although that means documenting the news about LGBTQ stars, more importantly, it’s also to help share the word about the upcoming ones.  Just like Robert White who is one of the most exciting new discoveries who deserves to be known by the world outside of B.G.T.

Start with his performance at the Final which made us fall in line with him then go to http://s109167853.websitehome.co.uk/robertwhitecomedy/ to lap up  all his other videos