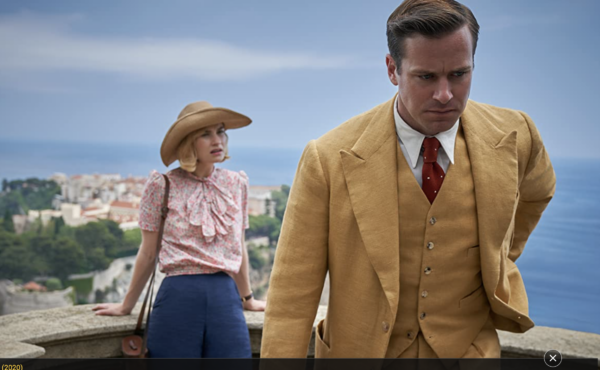 The award-winning British writer/director Ben Wheatley responsible for some excellent edgy films such as Sightseers and Kill List seemed an odd choice to helm Netflix’s Rebecca.  He is valiantly trying to get the message through that his is not an adaption of Hitchcock’s 1940 original that won two Academy Awards including best Picture,  It is, he insists, his own adaption (with Kiss Ass scriptwriter Jane Goldman) of Daphne Du Maurier’s  original 1938 gothic novel.

Sadly though his very picturesque version that lacks any real sense of conviction and menace will not please either Hitchcock fans or those of Du Maurier.  Those who had expected that Wheatley would bring his usual inspired touches of fantasy to this ghost story will be most disappointed.  For those cinephiles who dislike Hollywood taking on venerated classics, they will be shaking their heads and chanting ‘we told you  so.’

The problem is at the very beginning of the movie when Max (Armie Hammer) meets and falls in love with a Ladies Maid (Lily James) at a swanky hotel on the French Riviera.  As likable as these two actors are, they had zero chemistry together making their whirlwind romance just seem totally  implausible.

You know that  something is amiss when you are so disengaged with the film so all you can focus on is the fact that the multi-millionaire Max wears the same gold linen suit every single day.

He is in fact still wearing it when he arrives back  home at Manderley his gorgeous estate in Cornwall with his new bride.  Greeted by imposing coterie of staff led by the ferocious self-appointed protector of Manderley, the frightening Mrs Danvers (Kristin Scott Thomas). 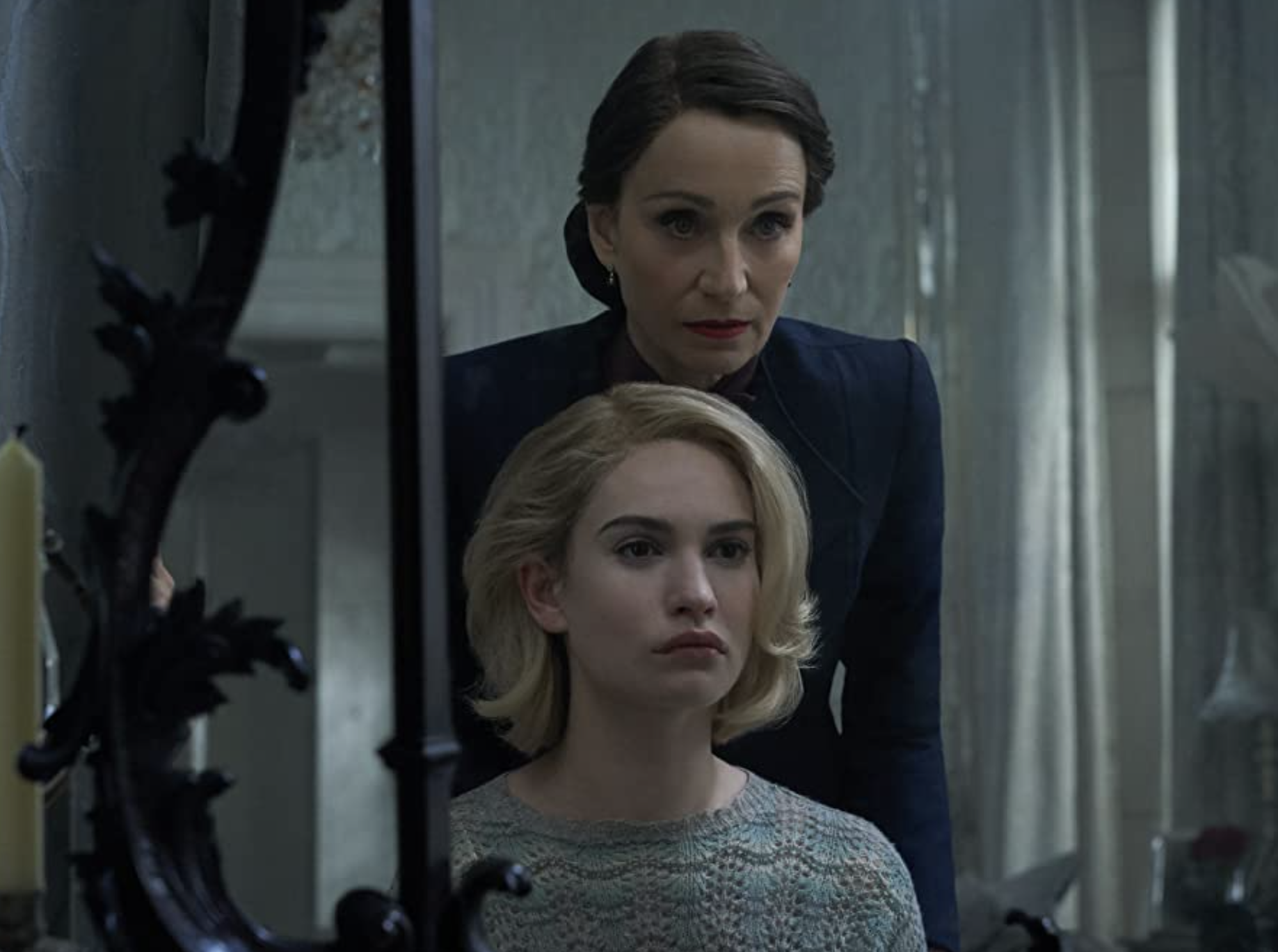 Mrs Danvers in fact has the best one liner in the whole movie  when she waste no time throwing shade when the new mistress of the house confesses she’s out of her element: “Oh, I’m sorry, I thought you’d been a lady’s maid.”

Danvers is also the over-zealous guardian of the reputation of Mrs De Winter (Max’s first wife Rebecca) and sets to scare the bejesus out of the new timid inexperienced mistress of house.  Whilst Scott Thomas is not really given enough of the right opportunities to be as villainous as we know she could be in this role, she does bring out another dimension that we have never seen in previous incarnations of Mrs Danvers.  This time around the the inference of a potential sapphic relationship between her and Rebecca is very obvious, and makes a great deal of sense.

The second part of this lengthy 2 hour movie picks up the pace especially when dead bodies are found and accusations are flying around. However as Max has been absent for so much of the film, this new attempt at playing a happy couple in love is both too little and too late.

Most audiences will probably walk out  as the final credits roll as we did muttering,  did they really have to burn down Manderley for this?