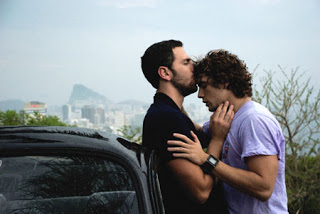 It starts with two young half brothers, one 6 years old and the other 12, who are a little too close to each other for my comfort zone, and for their mother too who suspects there may be more here than what meets the eye.  Flash forward to the boys as grown men, one of the fathers dies, then the mother passes away too, and the boys seek solace in each other.  Well that’s their excuse as they have barely stopped lusting after each other since they were kids.
We are convinced that it’s not just lust, but real love, which is put to the test when the younger brother who is a potential Olympic Swimming Champion is told by his Coach that he must move abroad to train.  To Russia no less.  Oh come on Coach, you mean to tell us there are no decent swimming pools closer to Brazil?
Love conquers all though and even a very pretty girl cannot steal the old brother away from his one true love, and this all plays out to a rather deafeninng over-laden heavy strings soundtrack  And I guess they will happily ever after! Who knows, and more importantly, who cares? 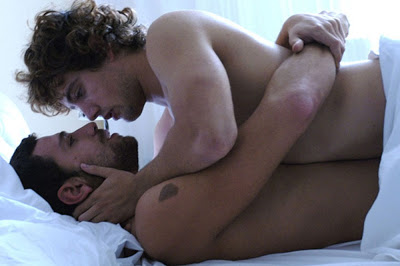