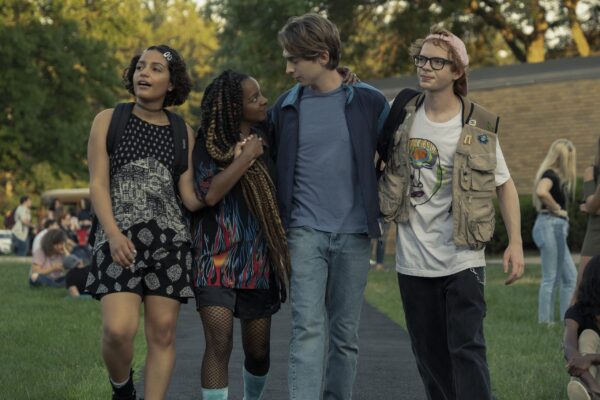 Actor turned writer/director Richard Tanne’s sophomore film Chemical Hearts is a rather pedestrian teenage dramedy about unrequited love.  Adapted from Krystal Sutherland’s novel of the same name its the story of 17 years old  high school student Henry Page (Austin Abrams) who is a cross between a bookish nerd and a homeless romantic.  He is also a virgin, who has never even dated , but that is about to all change,

This is his final year at school and he is ambitious to become  the editor of  the school’s newspaper. However the teacher in charge appoints him joint Editor along with a  very reluctant Grace Town  (Lili Reinhart) who has just transferred from another school. 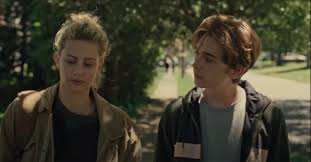 She is to put it mildly a women at mystery and it takes both time and patience for Henry to discover about her past that has shaped the way she is today.  As he gets closer to her she very slowly lets her guard down and Henry falls for her hook, line and sinker.

They make an odd pair.  Henry stumbles over his words when he speaks but he has no problems explaining his feelings when he writes them down.  Whereas Grace is the exact opposite.

The trauma from her past was that she was in a bad car accident ….. hence the limp and walking stick, and her boyfriend, the rugged Captain of the Football Captain Team,  was killed.  Not only does she still wears his clothes but she lives with his parents in his old room.

Even though she thinks the adoring Henry maybe the kick start she needs to get back to some sort of normality, it’s very clear (to us at least) that’s never going to happen

.This very predictable teenage romance will at least appeal to other high school students but probably not many other people.  However  it should be acknowledged for the fact that now there are gay couples in these story lines and their very presence doesn’t raise a single eyebrow.  That’s progress we can applaud.