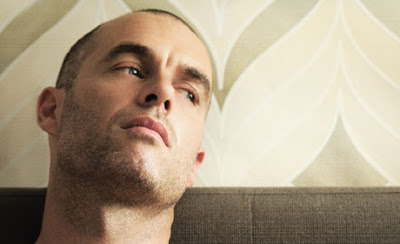 L.A. is having one its hottest summers ever when Troy lands back in town.  He’s being living in Spain for the past four years but now he thinks he wants to find a job and a new apartment and move back home.  It all depends on Jonathan his younger boyfriend who he dumped without warning when he took off for his European adventure. When the two ex’s meet up for coffee and immediately start flirting, it’s obvious that they both still have the hots for each other.  One small obstacle …. actually a 6’ft tall one …. is that Jonathan has a rather stunning new Spanish hunk of a boyfriend named Raul who he practically lives with.

In this slow pot-boiler of a movie we discover that Troy has come back as he approaches his 40’s and he is just worried that Jonathan was possibly THE love of his life and he may have missed out what should have been. Jonathan on the other hand is torn between letting Troy get too close and hurting him deeply yet again, and as much as he is in love/lust with him, he truly loves Raul.  He just has a funny way of showing it since Troy showed up again.  There is a great deal of uncertainty that must be worked out here for all three of them.
We soon get totally invested what the outcome of this love triangle will be, and although the end is intriguing, it is also a weak and disappointing finish to what is otherwise a wee gem of a gay romantic movie.  It’s sexy, vibrant, (mostly) well written, and very realistic with very likable characters …. and it doesn’t hurt at all that they also look as hot as hell too.
Like ‘Gayby’ this has been developed from what was originally a very successful short movie, and even kept the two excellent lead actors Murray Bartlett and Daniel Duggan who had such electric chemistry between them.  A remarkable feature film debut from writer/director Eldar Rapaport who amongst other things to his credit, very skilfully slotted some neat flashbacks seamlessly into this almost perfect movie.
P.S. Great middle-eastern soundtrack by Sudque that I totally loved. (You can download some of his music free on MySpace)