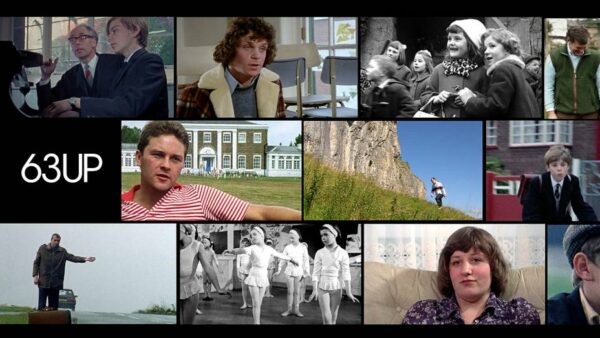 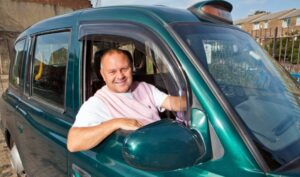 There seems to be  a very fine line between observer and voyeur as we watch ’63 Up’ the latest addition of Michael Apted’s extraordinary series of films that he  has been shooting for the past 55 years.  Following the lives of some 14 Brits every seven years,  the power of this precursor to the whole realm of reality TV is summed up when someone prefers to get the autograph of Tony one of the participants, than that of  astronaut Buzz Aldrin who was riding in his taxi cab

Apted, originally the researcher for the series, selected 14 children aged 7 that were from both ends of the social divide  in Britain back in 1964.  The class system was very prevalent still and the children were aware of it then but each of them were seemingly happy with their lot.

AS Apted took his cameras back every seven years it was remarkable how the children’s backgrounds had shaped the their futures. The upper middle class ones went from private boarding schools to study at either Oxford or Cambridge, whereas the working class kids, mainly from London’s East End, left school at 16 and were married in their early 20’s, had children, only to be divorced a few years later.

Over the years some of them had opted out of being filmed …….. Peter who was back this time, had withdrawn because of some adverse comment is the tabloid press. Now for 63 Up , two had others had dropped out for unknown reasons, and Apted had his first causality with Lynn having died after the last film

Now with most of them dealing with impending retirement in a country suffering from major political unrest, there seem less differential  between them especially as society is more open to the idea of upward mobility of the working class.  Money is more  of a levelling issue  now especially in the way these remaining 11 have dealt with the  ups and downs of their fortunes. 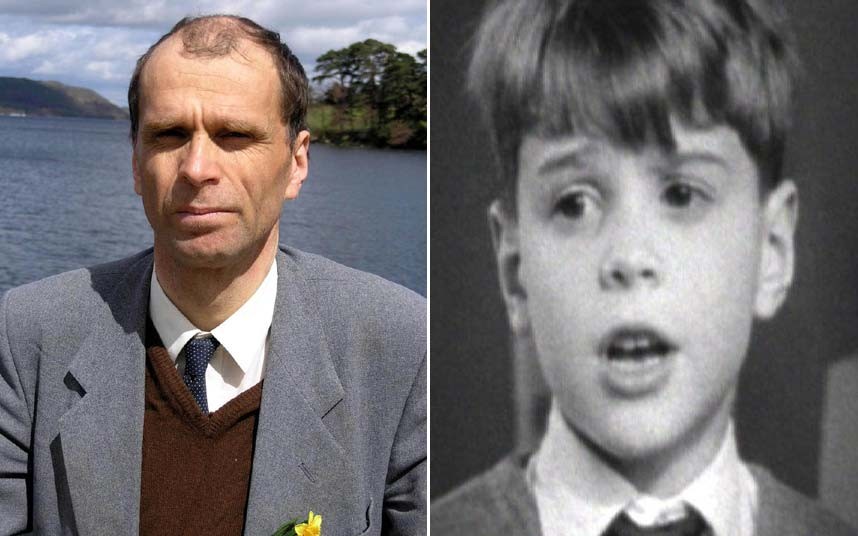 The most surprising factor in ’63 Up’ is the remaining presence of  Neil whose fragility has always been of great concern.  Over the years he has been homeless in London,  then living on a remote Scottish island, and now he has emerged as a  local politician and lay preacher . Still highly strung and suffering from severe doubts of depression, his story is the only one that doesn’t stick to any of life’s expected patterns like all the others.

As an ex-pat Brit who, like two of the subjects, grew up in an Orphanage I am still very absorbed in following all the stories in 63 UP, although with each film they appear slightly more alien to me. It seems less of an anthropology exercise but a reflection on a life that could have been.  However It’s almost impossible not to get drawn in to all the players exposing themselves,  warts and all,  as we realise how invested we have become in their stories and have warmed to them all.

Reality TV for the most part has become so banal and shallow and makes instant celebrities of such insignificant people that we can only pray that their 5 minutes in the limelight is over very fast.   Whether or not we shall ever see ’70 Up’ however  is really up to how the 78 year old Apted. feels.  With one of the 14 already deceased and another with a terminal illness, it may be time to call it a day which will be a sad loss to all us observers.  And voyeurs too