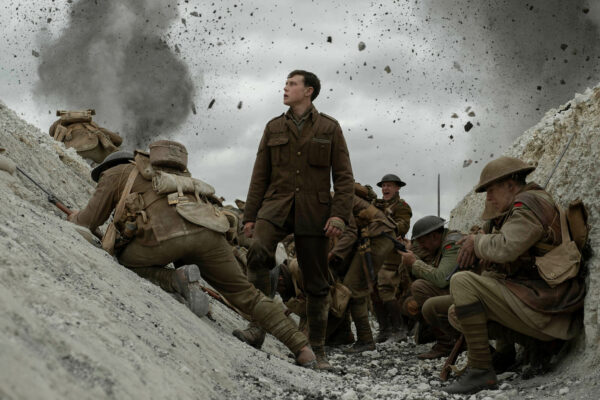 It’s very rare that you will see even mention of a War Movie on QUEERGURU as that is one film genre we have too many conflicting issues and concerns about.  However once in a while we come across one that is so compelling and shows the sheer immorality of warfare that we simply cannot avoid it.  Think ‘The Hurt Locker’, ‘Korengal,’ ‘Restrepo’ etc. and now we add  1917 to that list.

We expected something extraordinary from Brit Filmmaker Sam Mendes whose one of his unique claims to fame  is that he won an Academy Award  for  American Beauty. his very first feature film.  This time he joined up with newbie newbie writer Krysty Wilson-Cairns to create a script loosely based on stories his grandfather has told him about being a soldier in the Great War (as WW1 was called) .

It’s April 6th 1917 and the war is already in its 3rd year and two young Brit Lance Corporals who are stuck in the trenches in France and have been summoned by the General in charge to undertake a very dangerous mission.

Evidently, the Germans have left their trenches and have fallen back further behind the Front Line to meet up with reinforcements. This however is part of a trap which they are hoping to lure the British into attacking where they would be completely ambushed and would meet certain death.  With communication wires down the General, in possession of air reconnaissance pictures which show where the Enemy really are, needs to get a message through to the Battalion’s Commander to stop him leading the  ill-fated attack.

It means a treacherous journey by foot through several miles of open terrority where literally anything can (and does) happen. Blake  (Dean-Charles Chapman ) one of the Corporals is more than happy to take on the mission as his elder brother is an Officer in that very same Battalion, but Schofield (George MacKay) his colleagues and friend is very reluctant to go as he believes their chances of survival are minimal. 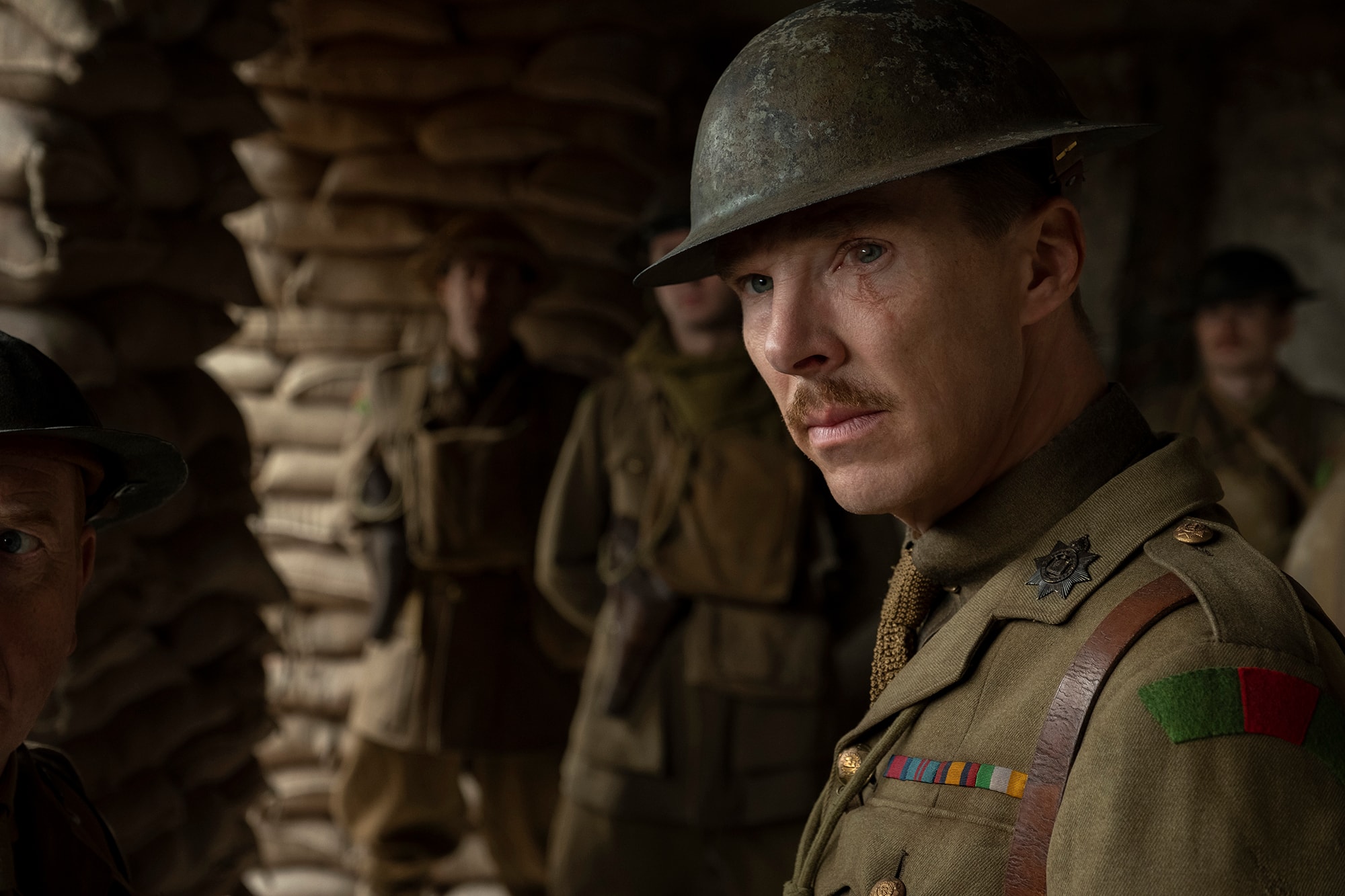 From the very opening scene we are treated to some stunning cinematography  which seems to all feel like one continuous take from Oscar winner Roger Deakins as the pair weave away through the labyrinth of narrow crowded trenches. That,  and the vivid production design by Oscar winner Dennis Gassner who has converted the Salisbury Plains in SW England into such a realistic bloody and horrific  battlefield, must take a major credit for giving the film such a vivid authenticity .

The treacherous and alarming two day journey is completely unpredictable and keeps you on the edge of your seat for the whole two hours.  Its a tour de force from Mendes two lead actors who shine so brightly in such vigorous physically challenging  roles.  It was a clever piece of casting putting these very extremely talented, but relatively unknown actors into the starring roles. If he had given the parts to famous celebrity actors whose personality would have overshadowed the roles, they may been tempted to give an over-the- top performance to gain Oscar attention.

Mendes certainly packed the film with some big named actors, but all of them were in (essential) cameo roles  and included Colin Firth,  Benedict Cumberbatch, Mark Strong, Richard Madden and Andrew Scott.

Mendes script doesn’t need to comment in the banality of war and the sheer human cost, the visuals alone along with Thomas Newman’s thunderous score  do that extraordinarily well.  He does at least give us a touching closing scene so we don’t leave too down heartedly.

This excellent exhilarating movie is worth seeing for the visuals alone, but it would be good to think that it was also for Schofields  career defining performance too..