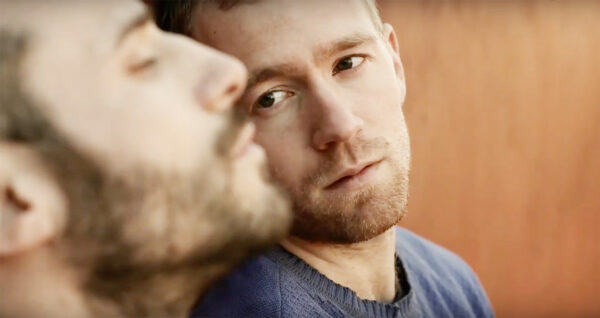 The 32nd Edition of Atlanta’s  OUT ON FILM  LGBTQ Film Festival has already started, but panic not  as it is on for another whole week ending on October 6th.  It’s team of Programers have put together a eclectic and diverse schedule of feature narratives, documentary and shorts.

Some of the films are pure entertainment  where others  revolve around issues important to our community  and that are intended to both educate and inspire us to getting more involved and taking action.

5B: Two time Oscar winning filmmaker PAUL HAGGIS’S first foray into a non-fictional feature is an insightful and affectionate look at the country’s first ever AIDS Ward : 5B at San Francisco General Hospital.  Opened in 1983 not only would it become the busiest of its kind, but more importantly the dedicated nursing staff implemented a new more highly personal and humane level of care which would eventually be adopted nationwide.

GAY CHORUS : DEEP SOUTHIt seems like perfect timing for this new film, the debut feature from director DAVID CHARLES RODRIGUES, a Brazilian American equal-rights advocate.  After a new wave of homophobia bordering on violence which the present Administration seem content to sanction, the SAN FRANCISCO GAY MEN’S CHORUS became determined to counter-balance this with a message of hope and love.

They planned a Tour in five of the deepest South Bible Belt  states which have the harshest laws against homosexuals and are home to the most bigotry as well.  Music has always been a great means for helping change minds and bringing a sense of calm to even conservative Christians whose historically-held views on our community have been agitated by the present unhealthy political climate.

Whether the Tour achieved all that it wanted is open to discussion.  What they were extremely successful in was demonstrating that when it comes to interacting with deeply conservative people, that you have far more possibilities in changing hearts and minds by sheer visibility.  The complete lack of even a hint of angry confrontation clearly showed that was a positive way open to our community in the ongoing struggle for acceptance.

LEONARD SOLOWAY’S BROADWAY : is the story of a theatrical legend that we have never heard of.    This very affectionate profile is of a disarmingly charming octogenarian Broadway legend that no-one outside of the theater world has ever heard of.  Including us.  This better-late-than-ever documentary on LEONARD SOLOWAY the producer/general manager of over 100 shows that garnered over 40 Tony Awards and 60 Tony Nominations is a sheer delight from the opening credits to the final scenes.   There are no show business exposes or in fact much fine detail on Soloway’s personal life, but what we do get is a look at one of the old fashioned gentleman producers that epitomises a golden age that has long past.

QUEEN OF THE CAPITAL : This is an affectionate portrait of a middle-aged man who is a Department of Labor official by day and a Drag Queen who dreams of being royalty at night. Muffy Blake Stephyns loves to wear her hair so tall it is reaching out to God. She is a member on the DC Chapter of the Imperial Court and this she wants to elected Empress..

SIX CHARACTERS IN SEARCH OF A PLAY is the filmed version of gay comic genius Del Shores latest One Man Show.  Shores is  the creator of such wonderful films/play such as Sordid Lives and Southern Baptist Sissies  and once again he shows off his remarkable gift of observation in the host of eccentric Southern characters who put a whole new meaning into the word queer.

THE BLONDE ONE : a sensual romance from gay Argentinian auteur Marco Berger. When Juan’s brother moves out of his apartment in a Buenos Aires suburb he must find a roommate to replace him.  He settles for Gabriel …… who he dubs the Blonde One ….. who is a colleague at the Woodworking shop where they are both employed.  The two men couldn’t be more different as Juan is quite a party animal always filling the apartment with his drinking buddies and  a whole stream of girls who end up in his bed.  Gabo (as he is called)  is quiet and subdued and seemingly friendless and the only highlight is life is going to his family home where his parents are bringing up his young daughter

Berger with a string of very successful movIes to his name again shows his remarkable talent for  sheer homoeroticism but also the skillful way he allows this sensual and touching relationship to unfold at such a gentle place. Thanks also to his two lead actors compelling and very touching performances we get totally immersed in their relationship even though there is always the uncertainty it will not survive when its discovered by the outside.

THE CHUNTA: Queer filmmaker GENEVIEVE ROUDANÉ debut documentary is a  fascinating study of a queer gang of gender-bending dancers fighting to exist in Chiapa de Corzo a remote small town in Mexico. To celebrate the old year ending and the New Year beginning the men dress up as women for a Fiesta night of dancing and partying in the street.  They  are known as The Chunta.

The Chunta always go around in groups, known as gangs and over the years Jerry’s group known as Madrigal gang became the town’s most successful.  Roudané chose to focus  her cameras on them during the  year leading up to the next Fiesta, amd also on another fledging group Aunty They’s run by the elderly Esther Noriega Molina.  She had started this when the Madrigals had physically threatened the life of their only gay member.

THE GARDEN LEFT BEHIND  This new and completely mesmerising movie from queer Latinx filmmaker FLAVIO ALVES makes such a crucial contribution to the continuing dialogue on the transgender community. This story that traces the relationship between Tina (CARLIE GUEVARA) a young, Latina, trans woman and Eliana (MIRIAM CRUZ) her grandmother, as they navigate Tina’s transition and struggle brings home the stark reality of trying to build a life as undocumented immigrants in New York City.Alves co-wrote the story with JOHN ROTONDO and to make it even more authentic, in a groundbreaking move, he involved 50 transgender actors and filmmakers in the process.

THE SHINY SHRIMPS : The best thing in speedos between here and Mykonos.  The Shiny Shrimps, so named because the tail is the best part of the shrimp to eat and everything shiny is just better, are a failing and not fabulous group of  French swimming misfits. Despite reservations about pink washing they jump at the chance to have rugged Olympic athlete Matthias Le Goff (NICOLAS GOB) as their coach. Straight Le Goff, on the edge of retirement, is reluctantly trying to redeem himself after a homophobic rant at a pushy interviewer ostracizes him from the French national swim team.

The cast are great. The humanity of their emotions, the comic touch and the simplicity of the script means that reading the subtitles is effortless.

For tickets and information : https://www.outonfilm.org/

For full reviews of these movies  and OVER 1000 more queer films check out http://c3f.ab6.myftpupload.com and be sure to register to receive regular updates : it’s FREE!