In this colorful trip back in time, legendary queer filmmaker and trailblazing gay rights activist Pat Rocco shares his incredible life story as one of Hollywood’s original boundary-pushing pioneers. This really is a must-see film to fully understand the history of American queer culture and activism over the past 50 years. Rocco is the most famous gay person you might not have heard about before.

Canadian documentary filmmaker Charlie David combines fantastic vintage footage, film clips, and interviews with Rocco and friends such as Phyllis Diller, to tell the story of Rocco, the activist, filmmaker, artist, and entertainer. 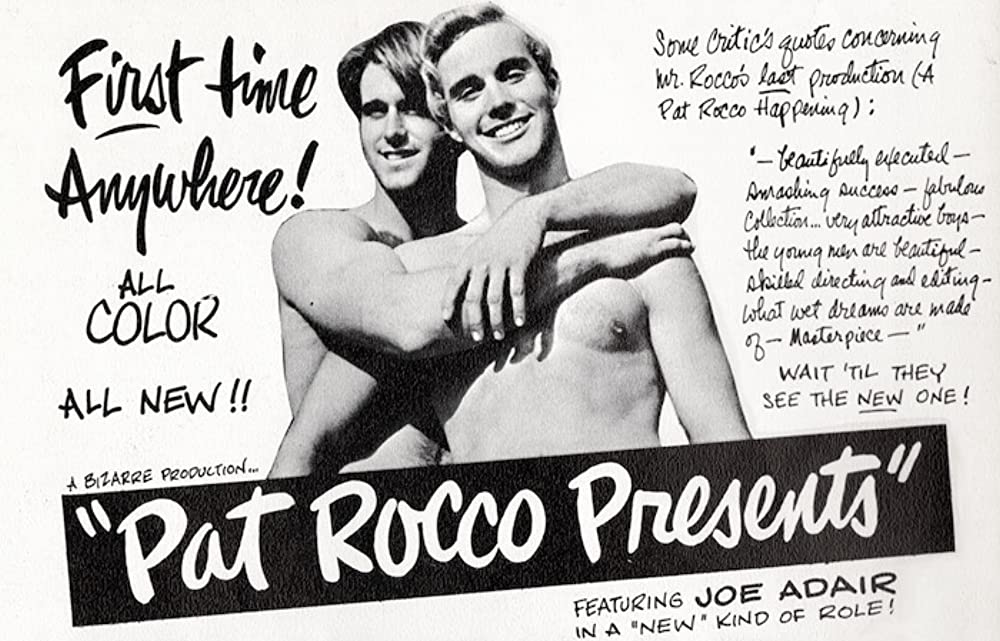 Rocco was an unashamedly out gay man in Hollywood from the age of 17. This was very rare in 1951. Having sung in choirs as a youth, he managed to find gigs in radio, nightclubs, and theatres. With his true talent and undeniable charisma, showman Rocco made his way to television variety shows, starring alongside legends like Phyllis Diller. 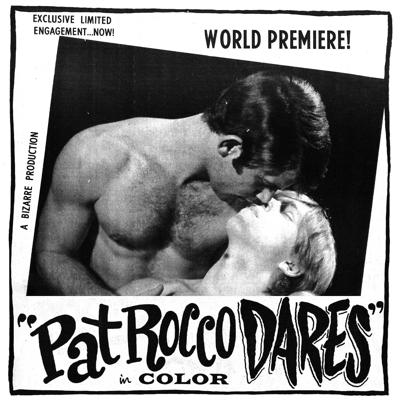 Rocco was also an activist on the front lines of the emerging sexual liberation movement. Combining talent and tenacity, Rocco documented the many queer rights grassroots protests in Los Angeles and San Francisco in the sixties and seventies, including bravely recording the then vicious LAPD regularly harassing gay men in bars and clubs. Rocco also campaigned with legendary gay San Francisco politician Harvey Milk. There is great footage of Harvey Milk’s historic speech and attendance at the Los Angeles Pride parade shortly before his murder. He also was one of the first filmmakers to capture the trans community in a positive light. Without Pat’s films, much of the early LGBTQ rights movement would be undocumented as the mainstream press was not covering it.

He was the first President of Christopher Street West (producers of LA Pride), and in 1974, the first to organize a Pride festival following the annual sexual liberation march. He wanted LA Pride to be a parade of love and celebration of queer love rather than anger and protest. Open to everyone regardless of sexuality or race, LA Pride quickly became hugely popular. Love and romance were his political weapons. The documentary features lots of amazing footage of the early gay pride parades and festivals in Los Angeles.

​“Don’t ask, don’t tell, just do it,” Rocco advises David in one of their final exchanges. It is of great importance that contributions from change-makers like Pat Rocco are woven into the larger narrative of our collective human rights history. Audiences will be amazed and inspired by the things that Pat Rocco dared to do – he truly was a pivotable part of queer history, and a model for today’s ongoing activism.

Queerguru Contributing Editor Ris Fatah is a successful fashion/luxury business consultant  (when he can be bothered) who divides and wastes his time between London and Ibiza. He is a lover of all things queer, feminist, and human rights in general. @ris.fatah