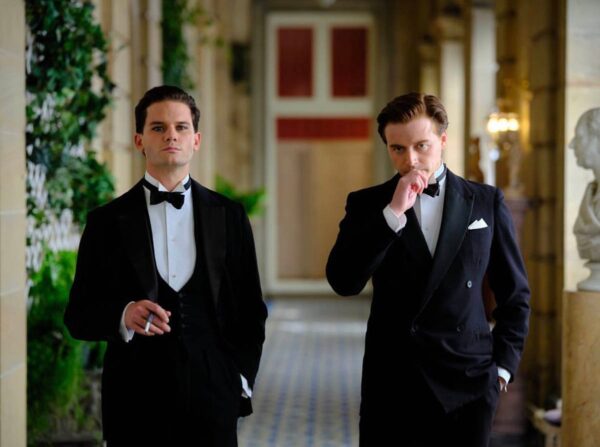 For many British people, the poetic works of Siegfried Sassoon and Wilfred Owen were the only rebukes to British nationalism that they were ever taught in school. Sasson recounted not just the wounds of the Great War but also spoke with contempt of the incompetence of the generals, the jingoism of politicians, and the blindness of the church. In Terence Davies’ Benediction, which tells the life and works of Sassoon, including his relationship with Owen, there is a deep and bitter sense of reproach that seeps through its many layers.

The younger Sassoon is played by Jack Lowden and the elder by Peter Capaldi. We first meet the younger Sassoon, already disenchanted by his horrifying experiences in the trenches and formulating his anti-war manifesto. His friend maneuvers to ensure that Sassoon is sent to a sanatorium for those mentally disturbed by war in order to avoid him being court-martialled and shot as a pacifist. There he meets Wilfred Owen (Matthew Tennyson), and a sympathetic doctor who shares his sexuality. Mentoring Owen, and honing his craft, his fame spreads and upon his return to society, he is met with some acclaim in artistic circles. Amongst them, he gains and loses several lovers, including Ivor Novello (Jermy Irvine). Out of the bitter soup of unfulfilling relationships, he eventually decides to marry Hester Gatty (in her youth played by Kate Phillips and later by Gemma Jones) 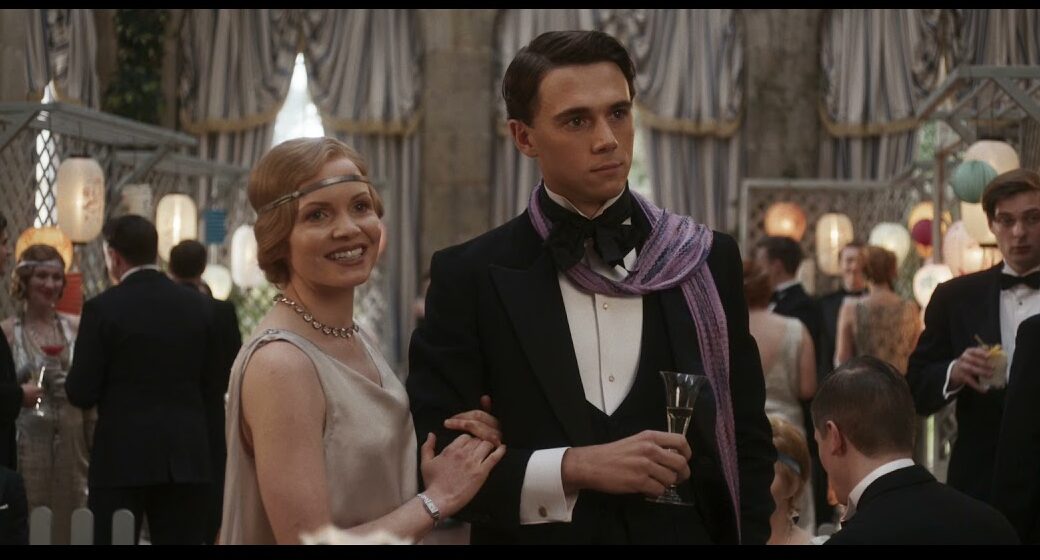 Despite great performances from the actors, the likeability of the characters is thoroughly dispensed with. The gay characters are mainly a monotype of bitter narcissism and insecurity masquerading as arrogance. Terence Davies is quoted as saying “I have hated being gay, and I’ve been celibate for most of my life. Some people are just good at sex, and others aren’t; I’m one of them who isn’t. I’m just too self-conscious.” It feels like the interpretation of gay characters in this movie is a projection of those words. The redeeming feature is that there are some surprising moments of needed humour that drip from their curled lips.

To approach Benediction as a traditional narrative film would lead to disappointment. The dialogue is overly aware of its audience, both arch and highly curated. There are ponderous sections of Sassoon’s poetry read with heavy import over documentary-style graphic footage of the horrors of war. There are camera effects that prioritize the symbolic over the aesthetic. At first, it is distracting and then, over time, the effect becomes that of poetry. The sense of design and rhythm starts to permeate and the affectations become essential to the impact. The whole is much greater than its parts and the sense of reproach at the horror of war is as tangible in this film as it is in the source verses of Sassoon.

Queerguru Contributing Editor ANDREW HEBDEN is a MEDIA & CULTURAL STUDIES graduate spending his career between London, Beijing, and NYC as an expert in media and social trends. As part of the expanding minimalist FIRE movement, he recently returned to the UK and lives in Soho. He devotes as much time as possible to the movies, theatre, and the gym. His favorite thing is to try something (anything) new every day.