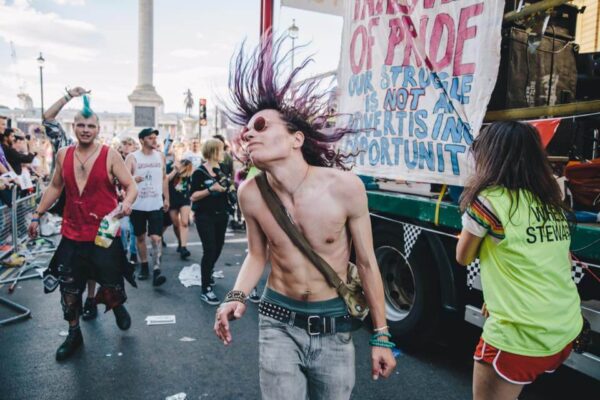 With no ‘live’ PRIDE Parades this year (with the one exception of Taipei in Taiwan),  QUEERGURU is looking back at one of the great ones from the past.

In London’s Parade in 2016 there was the first every official entry of some Queer Punks.  It’s so surprising that it took so long as the early birth on the Punk movements so often went hand and hand with that of the gay community.  However as the  LGBTQ community somewhat raced eagerly towards being accepted into the mainstream, punks held back 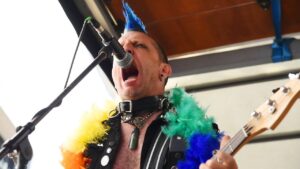 It wasn’t just a case of the main LGBTQ caucus adopting more widely socially accepted disco music,  but the presence of major commercial companies participating in Pride Parades vigorously chasing the ‘pink pound/dollar was simply anathema  to so many queer punks.

This compelling short documentary by Kim Ford covers the participation of the Punk Float and all its implications  about its presence in the LGBTQ community as a whole.  It raises many excellent points and issues that we need to consider to move forward to being more inclusive..

P.S. The ended up issuing a compilation album of all the music they played in the Parade : here it is