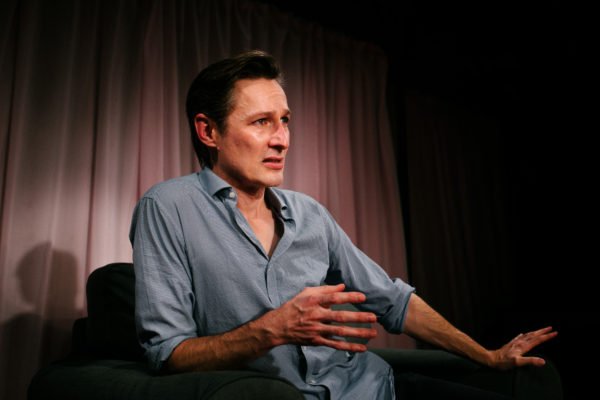 Writer/director Kit Brookman describes his latest offering as “a sort of contemporary gothic horror story” and there are certainly shades of Robert Aickman, Shirley Jackson and Henry James’ ‘Turn of the Screw’ in The Stones.

A dissatisfied school teacher, Nick (LUKE MULLINS) meets up with an old school friend, Chris, who he hasn’t seen since they were teenagers. Nick used to crush on Chris big time and leave cryptic notes in his locker and is considering confessing about it.

In the bar Nick meets a mysterious woman, Amelia, who ends up offering him a lucrative job teaching her two children in a luxurious country house in a remote part of Sussex. Given he’s just broken up with his boyfriend, Nick takes the job, and as with the governess in ‘Turn of the Screw’, we’re never sure how much of what Nick tells us is true. 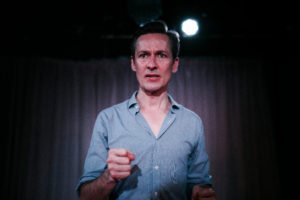 As stones start appearing one by one outside and inside his new home, things get more and more eerie. This is consummate storytelling in both the writing and the rendering. Luke Mullins gives an engaging performance, made more remarkable by the fact that he is also currently appearing in the earlier show, Southern Belles.

I hope they get to do a longer run, and in a more appropriate stage set as the pink carpeted set from the earlier show is incongruously camp for such a macabre tale, even with Ben Jacobs’ creepy lighting.’

Queerguru London Correspondent Jonathan Kemp writes fiction and non-fiction and teaches creative writing at Middlesex University. He is the author of two novels – London Triptych (2010), which won the 2011 Authors’ Club Best First Novel Award, and Ghosting (2015) – and the short-story collection Twentysix. (2011, all published by Myriad Editions). Non-fiction works include The Penetrated Male (2012) and Homotopia?: Gay Identity, Sameness and the Politics of Desire (2015, both Punctum Books).