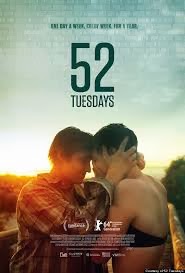 This is the year that sees 16 year old Billie lose both her virginity and her mother.  The former is impossible to retrieve, but as for the latter, its not that her mother has forsaken her, but more the fact that she has transitioned her gender. After Billie has come home from school and found her mother dressed up in mens clothes for the first time, it is decided that during the adjustment period Billie should move out and go and live with her father and his new wife.
Mother, now known as James, agrees that she/he and Billie should still have quality time together and so suggest that they set aside every Tuesday afternoon for the next year.  James starts on a course of testosterone and an affair with a co-worker, but only the latter works out. Billie meanwhile starts her own voyage of discovery and gets involved with a couple of her school-friends and together these youngsters become a menage a trois. There is a side plot of a gay uncle who has also fathered a child : in this story, evidently between them all, they seem to cover the entire waterfront.

This unusual Australian movie was filmed literally over 52 consecutive tuesdays with non-professional actors who were giving their scripts on a weekly basis. It actually almost feels like a docu-drama at times as the plot flitters between an observation of the transitioning, to a lesson on being a parent after Billie gets into serious trouble at school. 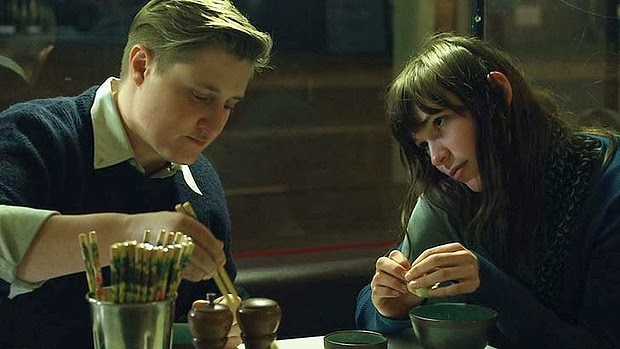 It’s all somewhat earnest with extremely convincing performances by young Tilda Cobham-Hervey as Billie and Del Herbert-Jane (who is non gender specific in life) as James.  However the director’s insistence of covering every one of the 52 Tuesdays not only makes the action drag somewhat, but the markers indicating each week actually start to fill you with dread in the slower parts.  It could have lost at least 20 of its 109 minutes to its benefit.

The movie won filmmaker Sophie Hyde a Best Directing Award at Sundance, and for its coverage of James’s journey alone this is well worth viewing when it ends up in an a movie theater near you.