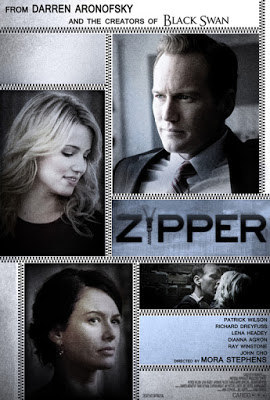 Actor Patrick Wilson could pass for disgraced ex New York Governor Eliot Spitzer if the lighting was just right, but this rather clumsy drama that is either based or inspired by Spitzer’s downfall, just couldn’t ever be mistaken for the real thing.  Wilson plays Sam Ellis who is a Federal prosecutor who is on the fast rack in national politics.  He has all the right attributes : successful high-profile career, charm, handsome as hell with a clean-cut family man image. Most important though he has Jeanne his well-connected wife who is fiercely ambitious for them both and she is a ruthless operator who will stop at nothing to get what she wants. In this instance its to get her husband chosen for the Senate seat that is about to become vacant and as she constantly reminds him, she gave up her own career/life to further his, so he owes her big time. 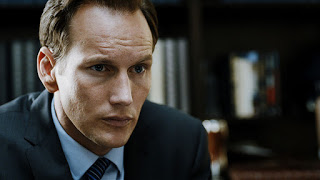 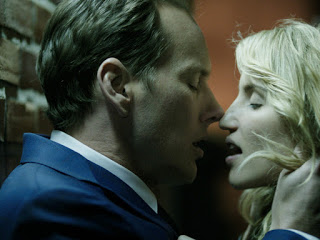 When he arrives for his session, Ellis goes through this whole routine of trying not to go through with it, but the girl talks him into staying and he does saying telling himself that its just a one off time.  Trouble is that he is hooked and although he has to go through a whole elaborate routine to avoid being caught or traced, he discovers he is very soon addicted to the sex.
On one occasion about to have his latest assignation (he makes a point of never seeing the same girl) he spots undercover FBI Agents in the Hotel lobby and he abrupt leaves in a panic suspecting that a ‘sting’ is about to go down.  However when the Agents call at his Office the next day to confirm that they are indeed in the middle of an investigation as they have traced huge amounts of money leaving there to pay the Escorts, it is in fact Ellis’s boss they suspect.
It’s obvious though that the trap is tightening and he will get found out as even the journalist that Jeanne has persuaded to write a big profile piece on Ellis will soon uncover the truth about the his secret life too.
One of the problems is that even if we accept the old cliche that many men let their brains and hearts be led by their penises, it still does not explain all the irrational and ill-conceived decisions that the normally circumspect and restrained Ellis took. However a more alarming aspect of this somewhat cliche-ridden plot were the chunks of stilted and utterly ridiculous dialogue that actually had the audience at Sundance inappropriate laughing out loud.
Not quite the reaction of Jeanne when she eventually finds out what had really been going on and she lays into her husband and his car with a baseball bat before then fixing things with everybody so that even if they will never live happily after, she will at least still get to be a Senator’s wife.

By far the best thing about this very predictable drama that may touch on the veins of ‘House of Cards’ but is instead a mish-mash of a sex & politics thriller, is Patrick Wilson. He shines even with this poor material and is the only reason that one would want to sit through this movie. Oh yes and Lena Headey as Jeanne who shows she can bitch like the best of them.