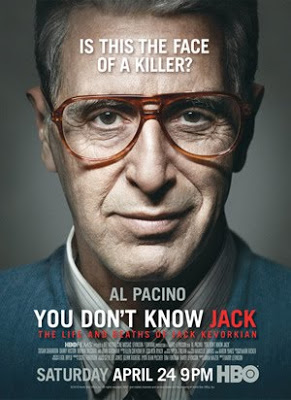 You would have had to be living on Mars in the 1990’s if you haven’t heard of the controversial exploits of Jack Kevorkian aka Dr Death that were covered in great detail by all the Media at the time.  Dr Kevorkian, a retired Pathologist had been deeply disturbed witnessing the slow painful death of his own sick elderly mother that he became determined that others in a similar situation should not suffer with either the pain or lack of dignity ending their lives like this.  From that point on he devoted his time to developing a means to enable assisted suicides, and in the late 1980’s he started advertising his services as a ‘death counselor’ in newspapers.
Between 1990 and 1998 he assisted in the deaths of some 130 terminally ill people provoking the local D.A. to prosecute him several times. However on each occasion, Kevorkian, always the grandstanding showman, escaped without being convicted of any crime.  Thanks mainly to the highly emotional videos tapes he made of each patient as they pleaded with him to be able to end their own lives.  His behavior outraged the religious right who accused him of playing ‘God’ and provoked enormous controversy at large as to whether his methods were either legal or morally acceptable.
His undoing came about when he provocatively went beyond simply assisting a patient and actually  ‘pushed the button himself’ which resulted in a second degree murder charge being successfully levied against him.
In this immensely moving bio-pic made for HBO TV, Director Barry Levinson (‘Rain Man’, ‘Sleeper]) walks a neat tight rope trying to remain impartial about the whole ethical question of euthanasia, but does in the end tip the scales slightly in the favor of Jack Kevorkian.  The reason that the movie succeeds in making a convincing argument is solely down to the fact Dr Kevorkian is played by the sublime Al Pacino.  No, I will correct that.  Al Pacino IS Dr Kevorkian.  He gets in his skin and in doing so gets under ours.  Plus is was so great seeing the wonderful Brenda Vaccaro (playing Jack’s sister) in her too infrequent appearances on  any screen
Whatever view we may take on the whole question of assisted deaths, there is no disputing that this movie about it is an excellent piece of work.
Now out on DVD.