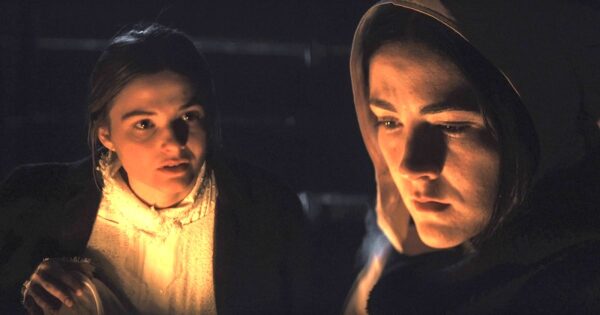 We tend to avoid ‘horror’ on Queerguru …..even to the point of not discussing the awful tragic frocks that the Real Housewives of Salt Lake City wear!!!  But we were very intrigued to receive this trailer from the premium streaming channel Shudder for a queer occult period drama THE LAST THING MARY SAW.  It’s the story of Mary, a young woman living in Southold, New York, in the year 1843. who falls for  Eleanor, her family’s young maid.   This doesn’t go down at all with her ultra-religious parents and what first begins as a story of punishment turns into something much more dark and wicked. 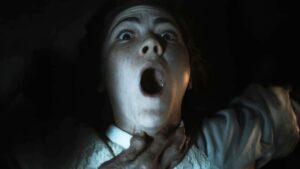 The film stars Stefanie Scott (INSIDIOUS: CHAPTER 3), Isabelle Fuhrman (THE NOVICE, ORPHAN), and Rory Culkin (LORDS OF CHAOS, SCREAM 4) and has been a hit on the festival circuit leading up to its hotly anticipated launch on the platform.  The three leads shine in their roles, with Culkin excelling as the dangerous and unhinged intruder in the household.
This feature debut from writer/director Edoardo Vitaletti and is set to launch on Shudder on Jan. 20.