Todd Hughes, one half of queer filmmaking duo EBERSOLE HUGHES (Mansfield 6667, House of Cardin) …..the other half is his husband David Ebersole …. has published his first book: a memoir of the Hollywood star of the 40’s and 50’s LIZABETH SCOTT.

As a young man, Hughes had a major crush on her and eventually wangled an invitation to lunch. A friendship blossomed and Hughes became fixated with the actress and started to appreciate that she never got the same fame and recognition as her peers. 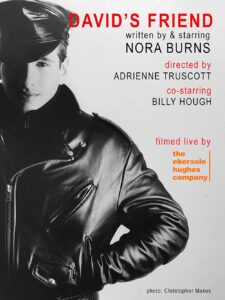