NB This is an interview with a remarkable queer artist that makes art for queer adults.

Daniel Ortiz is a Brooklyn-born queer Artist of Mexican and Puerto Rican descent who is about to participate in ART GAYSEL Miami’s Queerest Art Fair that is making its PROVINCETOWN Debut. He has really been able to hone in on a style of art that truly represents him as a gay Latino. It has not been an easy road of acceptance, but he has managed to actively pursue an art career and has now introduced “Art by Dan” my very first own online shop and brand.

On the eve of the new Fair he talked with QUEERGURU about how he hopes his work will inspire and impact people, especially members of the LGBTQ community

The Queerguru Editorial Office is located in both Provincetown and Miami Beach and in both places are near neighbors are Alex Guerra and Stephen Ginez.  In Miami they run the highly successful Hotel Gaythering unquestionably the sexiest queer hotel you will ever find.  Both of them share a passion for art …. particularly queer … END_OF_DOCUMENT_TOKEN_TO_BE_REPLACED 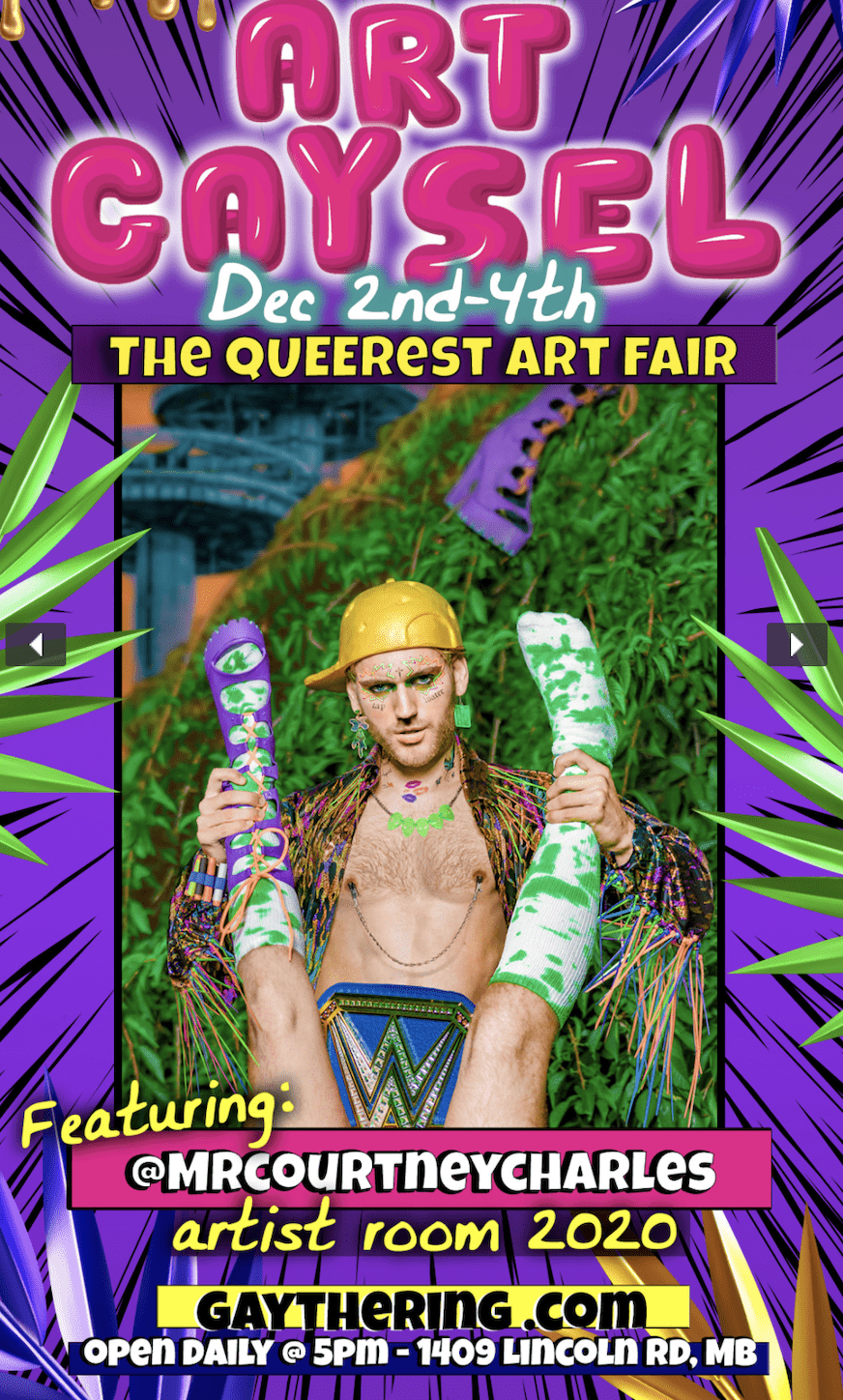 NY queer photographer Courtney Charles is seemingly a man with obsessions. Last time we met his portfolio was full of Ken & Barbie photos, now he has an equally stunning collection of work based around The Jetsons. He was launching this at #ArtGaysel Miami’s Queerest Art Show curated by Alexander Guerra at Hotel Gaythering when we caught up to talk with him again