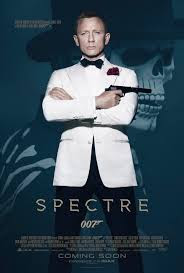 As always the latest James Bond movie is exceedingly silly and outrageously excessively over-the-top and exactly like Daniel Craig himself, we swear this may be the very last one we will indulge ourselves in, knowing full well it certainly will not.
Back in the directors chair for a second time, Sam Mendes makes sure that the extended chase scene that an 007 movie always opens with, is more spectacular than usual. It is a sensational rather manic white-knuckle action sequence in Mexico City for the Day of the Dead, which he does as one very long tracking shot that climaxes with a daring fight mid-air dangling from of an out-of-control helicopter. It actually gives an initial impression that he may even surpass the highly successfully “Skyfall” which was so wonderfully imaginative. 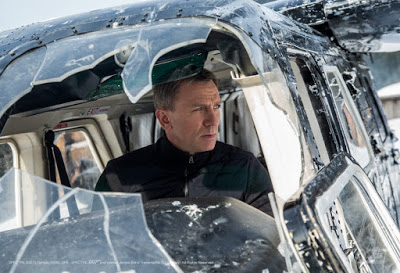 There are plenty of all the usual hallmarks of a traditional Bond movie to see,  but also more than its fair share of changes too.  M was killed off last time, and the new one is played by Ralph Fiennes who doesn’t quite fill the big shoes left by Judi Dench whose scratchy relationship was so much more convincing. M has a new boss too called C (!) and played by a very young looking Andrew Scott  who,  heavens above, wants to scrap the whole spy program that Bond is a part off.  One of the few old faces is Q …. although it is hardly the right adjective for baby faced Ben Whishaw, but he seems more comfortable this time around giving 007 bigger and better ‘toys’ to ply his trade. When he foolishly mentions that the new whizzed up fully armed car he has designed is being allocated to another spy 009, it is obvious that Bond will end up with it.  And all the women too.

They start with a rather sultry Italian widow played by Monica Bellucci, but she is really an appetizer for the main course who is Dr Madeline Swann played very seductively by the french actress Léa Seydoux. 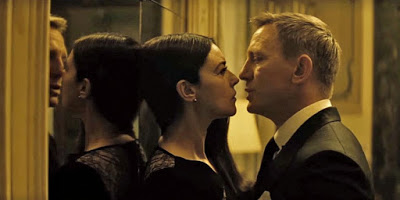 Blofeld the very sadistic Villain of the piece is played by Christoph Waltz who resorts to some wizardry high tech torture when he gets 007 where he wants him. It looks more than painful and not helped by a grinning Blofeld muttering ….”Out of horror, beauty”………but we know that Bond can and will survive this new fangled S & M even though it always seems like he won’t.

Craig is still one of the very best actors who has donned the mantle of Ian Fleming’s creation who has become the best, and most loved Spy in the world.  As well as Craig’s stunning good looks and his over-pumped up body that has all his tight-fitting sleek suits straining at the seams, plus all his charm just oozing out, he has a great flair for adding the most perfect touch of sardonic irony that seems at times that he is actually making fun of himself.  He very seriously ensures that we do not take his version on 007 too seriously all the time, and encourages us to actually see how camp his character can be perceived.

At the end of the day the 007 franchise is still one of the very best of all the blockbuster series that Hollywood spends its billions on, and we come to each new adventure with such high expectations. Compared to most other extravagant ‘spy’ thrillers, Spectre is still way out there ahead of the pack, but this time however it did not quite reach the giddy heights of Bond’s last outing.