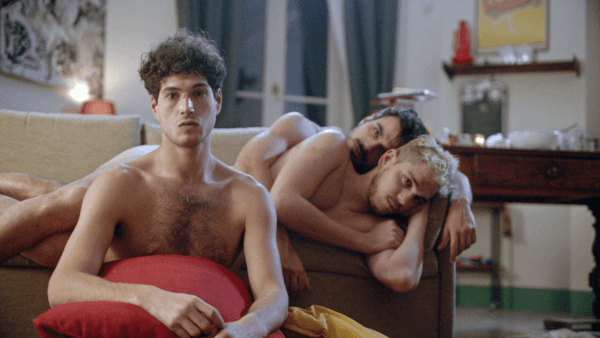 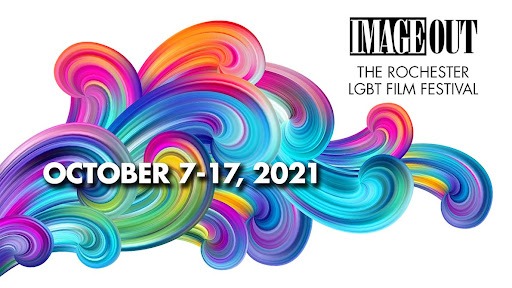 This week QUEERGURU is heading to Rochester in Upstate New York  2018 for the 29th Edition of ImageOut which is the largest LGBTQ+ Film Festival in the region.  Incidentally, they are so much more than an annual film festival as they are an organization with six programs and services.  (Check out http://www.imageout.org/ for full details of what goes on throughout the rest of the year).

Like all queer Film Festivals these days, ImageOut is a hybrid with a lineup of 32 Virtual Screenings. 12 of these will be shown exclusively online, and are not available to watch in person. The other 20 will be available to see both in-person and virtual.  Check the full program to see what you can watch where and when.

BEING BEBE: Newbie filmmaker EMILY BRANHAM took a shine to BeBe aka MARSHALL NGWA back in 2006 before the world came to know about him.  Then the tall good-looking man from Cameron in West Africa was living in Minneapolis  Minnesota and doing amateur drag in a local gay bar. Even then he stood out as his costumes and performances were heavily immersed and inspired by his African Culture. After Bebe was the first-ever winner of Ru Paul’s Drag Race she had a roller coaster life of rags to riches and back again which she shares with disarming honesty that makes this doc so compelling and such a sheer joy to watch.

FANNY, Award-winning Canadian documentarian  Bobbi Jo Hart has this knack for uncovering queer stories that we may have heard of, but for the most part, are untold.   Now she has turned her attention and cameras on Fanny the trailblazing all-female rock band from the 197O’s who never ever got the recognition they deserved. Hart’s wonderful uncovering of this exhilarating piece of queer/Filipino/female/music  history is way past due and makes for such compelling viewing.

FIREBIRD has been the Number One pick in nearly every queer film festival this year because it is an enormously satisfying and complete film.  It tells a full tale of life, and love, and loss from its beginning right up to an end that could never need or want a sequel.  PEETER REBANE‘S story of two Soviet military recruits, a pilot officer and a private, falling in love on a military base during the 70s cold war, is based on a true story. Skeptical as we are about stories ‘based on’ truth, people’s ages and weights on dating profiles might make that same claim, there is an undeniably human element to this story that grips the heart and mind with a sense of both individuality and history.

FLEE : is the timely and harrowing true story of Amin, an Afghanistan refugee who by various means of human trafficking makes his way from Kabul to Denmark. Winner of multi awards including Sundance’s Grand Jury Prize this queer animated film is a rude awakening of the reality of being queer in that region of the world.

T.J. PARSELL’S fascinating new feature-length documentary INVISIBLE  shares the tales of how a group of queer women are still dealing with such a persistent and pernicious form of homophobia that hardly anyone outside the world of country music are ever aware of.  He manages to interview a whole roster of female singer/songwriters and although they include a couple of household names such as LINDA RONSTADT and EMMY LOU-HARRIS most of them are unknown talents to us outside of the industry.   One after another they share similar tales, that whilst the chances of women breaking into this heavy machismo business were very slim, but if they were lesbian too, they were non-existent.

JUMP DARLING : When you reach the end of the road you are on, what can you do? There are two answers, you stop or change direction. In CLORIS LEACHMAN’s final film made prior to her death, both these alternates are explored, and the poignancy is inescapable.   plays Grams, the aging grandmother grown tired, frail, and distanced from the passions that engulfed her earlier years. Dreams of joining the ice capades are barely a memory. Facing a slow exit from her life, or the inertia of a retirement home, she grapples with what little sovereignty she has left. It is an exquisite swan song for one helluva wonderfully actress and person

MARSCAPONE : The opening scenes of this delectable new Italian queer dramedy is set to send shivers down the backs of quite a few gay men in long-term relationships. A rather oblivious Antonio is abruptly told by his long-time husband Lorenzo that their marriage is over as he has fallen in love with someone else.

Kudos to the co-directors for their intelligent take on urban queer love and life.  Also for ensembling such a talented (and very handsome) cast to live it out so authentically, and proving that we all need some drama in our lives,

MY FIONA Is there ever a good time to sit down and watch a movie whose description begins with the words “Following the death of her best friend…”? Turns out there is especially after a few weeks of self-distancing when we are all were really starting to miss our friends. Jane and Fiona are besties, they work together in their own start-up, they met their partners together. When Fiona commits suicide without warning and without a goodbye note Jane, her wife, her mother, her therapist and her son are all left trying to find an answer as to why it happened.

POTATO DREAMS OF AMERICA queer filmmaker WES HURLEY’S excellent autobiographical tale of his journey from Russia as a young gay immigrant is the perfect choice for the opening night gala.  Maybe a tad patchy in parts but it’s a joyous wee film with some wonderful surprises like an adorable JONATHAN BENNETT as Jesus and an almost unrecognizable LEA DELARIA giving a scene-stealing performance. 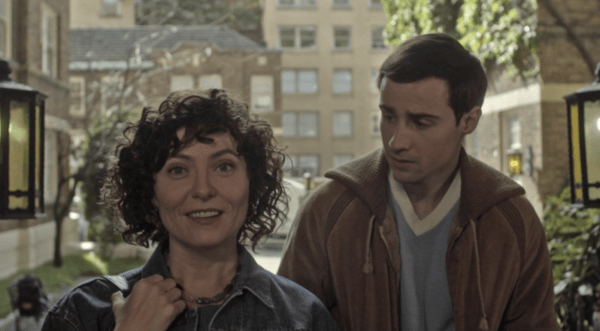 THE BEST FAMILIES  Its been 12 years since Peruvian writer/director Javier Fuentes-León’s award-winning queer fantasy/romance  UNDERTOW  grabbed all our attention. Not just because an LGBTQ film from his country is still a rarity but because it was such a remarkable and wonderful ghost story.  This tale of a married fisherman who struggles to reconcile his devotion to his male lover within his town’s rigid traditions was a major breakthrough for Fuentes-León and so it’s with quite exciting trepidation we get to review this latest film of his.  No spoilers here, but he doesn’t disappoint.