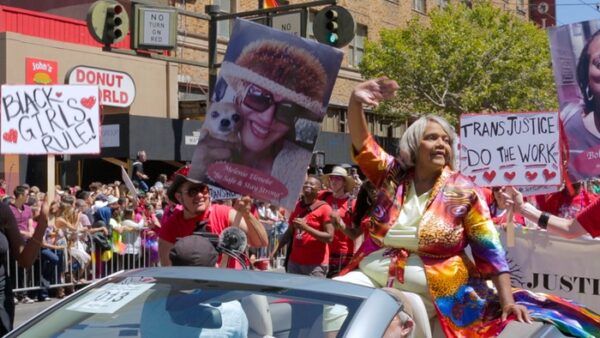 Annalise Ophelian’s documentary MAJOR! is an affectionate profile of one of the greatest leaders of the transgender community Major Griffin-Gracy.  Known to most people simply as Miss Major or Major she is a larger-than-life old school activist who leads by example helping literally hundreds of trans-women of color, most of whom were strangers.

Assigned as a boy at birth in Chicago  in 1940 , Major came out when she  wa a teenager  Back then she and her peers were unaware they were questioning the gender they were labelled at birth, and Major noted that much of the contemporary terminology surrounding gender identities did not exist.

In all the different interviews with Major that are used in this fascinating film, that covers most of her roller-coaster life, she comes over brimming with optimism.  That is despite how scary some of the tragic nature of the stories she tells. 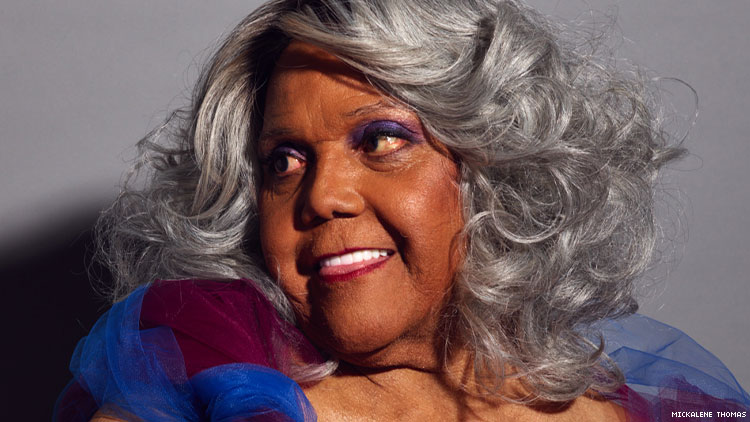 Like so many transwomen of color unable to find legitimate work, Major once resorted to hustling johns on the street and shoplifting so she has done her fair share of jail in her time. The despicable and illegal ways that the trans women  are treated in jail inspired Major to set up and lead the Transgender Gender-Variant & Intersex Justice Project (TGI Justice Project or TGIJP).

Major says she made this part of her life’s work as transgender women are disproportionately incarcerated under Court Judgements BUT then the inmates and warders feel entitled to impose their own punishments which include rape and physical beatings.

Unafraid and determined Major  (who was in Stonewall when the day the riot broke out) has also been a very vocal and effective activist for people with AIDS, homelessness, feminists but it is clear that her first love is helping her sisters : trans women of color, several of whom call her Mother.  As a mentor and role model she has tirelessly worked to change an unfair system despite the fact she has had some serious life-threatening health issues

Ophelian shows Major dressed to the nines and at other times wigless and in mens attire oblivious to the physical image she is creating.  What is heartening is knowing that despite her obsession with helping others, she still has time for a personal life, and seeing her with her ex romantic partners, balances this profile.  What comes as a surprising revelation is the fact the Major fathered a son some 40 years ago, and became his primary parent.

The film, although more than a little ragged around the edges and in need of some better editing, deservedly plays tribute to an exceptional woman who has devoted her life to helping others who have been served so badly by society.  It also sadly reminds us of the continuing plight of trans women of color whose lives are still  today so very vulnerable

MAJOR! is now streaming on Amazon Prime and Vimeo