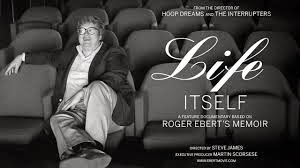 There are very rare occasions when the somewhat jaded and sceptical Press and Movie Industry audience at the Sundance Film Festival are ever moved to tears. The genuine kind that is. The screening of this highly emotional documentary to a venerated member of the clan was one such occasion, and I swear at one time there was not a dry eye in the house.
This tribute by Oscar nominated director Steve James on the critic and writer Roger Ebert which he started filming during what turned out to be the last four months of the great man’s life and so this became the most perfect cinematic epitaph.
James goes back to Ebert’s early life when even at a young age he was obsessed with newspapers and became the Editor of his college paper where he was very vocal with his impassioned support for the burgeoning civil rights movement.  In 1967 when he was hired by the Chicago Sun-Times he became the youngest daily newspaper movie critic in the country. Here he not only started to develop his own very incisive plain-speaking style (which Pauline Kael told him constituted some of the best ever film criticism she had ever read) but he learned to love the excesses of a lifestyle that went from newsroom to all night drinking binges.  Ebert reveals frankly on screen that his battle with alcoholism then could have ended both his career and his life.  Instead in 1979 he went to A.A. and found sobriety and his future wife Chaz.
Ebert’s encyclopedic knowledge and his limitless passion for every aspect of the cinema and his sheer generosity of spirit was the part of the dialogue that so many leading filmmakers stepped up to talk about. The most moving of which was Martin Scorcese’s touching story of how Ebert had organised a tribute of his work in Toronto at a particular low point in his career when he needed it most.  In fact James himself had originally met Ebert when the critic mounted a campaign in support of his Oscar nominated ‘Hoop Dream’. 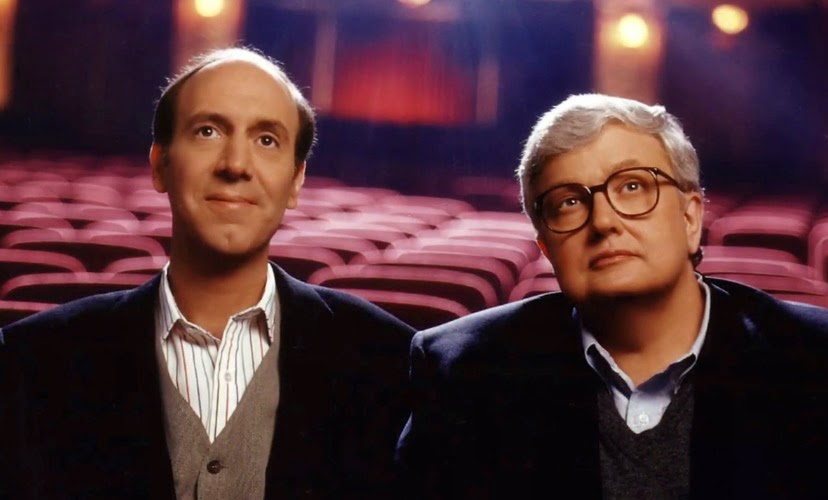 Ebert’s highly successful long running TV show first with Gene Siskel and later with Richard Roeper seemed to attract the disdain of a few of the more elitist critics who claimed that it debased film criticism. But the story of the behind-the-scenes ‘battle’ between Ebert and Siskel who loathed each other seemed much more relevant and interesting. 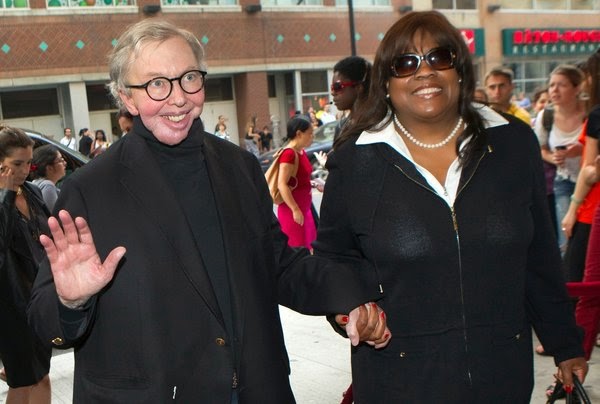 It is Ebert’s remarkable combination of sheer energy and unfettered enthusiasm for life that strikes one most, no more so when in 2002 he was diagnosed with the first of several cancers that robbed him of his voice and eventually some 11 years later, his life too. His bravado and enormous courage in dealing with his declining health and the traumatic facial surgery was buoyed up by the unwavering support of Chaz his wife. The pair had not married until Ebert was 50 years old (he didn’t want to displease his mother) and their inexhaustible devotion to each other shines out so radiantly from the screen like a dazzling beacon.  Chaz is not just the Vice President of his business and his partner and his biggest fan, she is also clearly the reason that he fought so hard to survive in those last very tough years.
In an industry that feeds off hyperboles and exaggerated praise and believes that ‘air-kissing’ is an art form, Ebert seems to be one of those rarities when all the tributes from President Obama (a local Chicago boy too) to Robert Redford really rang true. The President remarking on Ebert’s death said ‘that Roger could capture the unique power of the movies to take us somewhere magical and the movies won’t be the same without him.’  And for anyone that has remotely any sort love for the movies, Ebert was a legend, a champion, an inspiration and a sheer joy.
He was working until almost the very end and his final entry to his blog three days before he died simple said ‘So on this day of reflection I say again, thank you for going on this journey with me. I’ll see you at the movies.’
Totally unmissable.