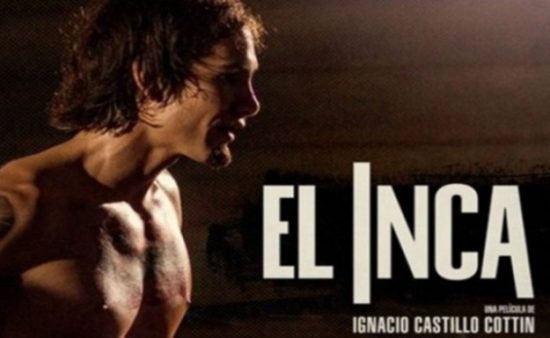 This is the tragic real-life story of Edwin Valero who transformed himself from a poor petty-thief living a hand-to-mouth existence in a run down suburban Venezuelan small town to becoming the undefeated super-flyweight, and then lightweight boxing champion of the world. This dramatized account starts when the scrawny fit youngster is spotted in the gym where he not only trains, but also lives to avoid going home to his family, by a rather shady promoter who sees the talented Valero (Alexander Leterini) as a potential money maker.

Valero had started boxing at the age of 12 and his successful record in the ring even in those days was fueled as much as by his short-fused temper and his dogged determination to succeed, as well as his natural skills that he had. His schizophrenic behavior had him acting one moment as a gentle and persuasive lover with his schoolgirl sweetheart who would become his young wife, to than an unchecked torrent of violence when he turned back into a real street thug whenever he was angry or jealous.

When he turned professional, Valero had unparalleled success winning every bout by knocking out his opponent, and was destined for an even bigger international career when he had a near-fatal motorbike accident in which he fractured his skull which disbarred him for fighting in the lucrative US market.

The more success he achieved, even 7 years later when he was finally allowed to box in Texas, the more his personal demons destablized him.  His palatial new home with his wife and their two children whom he adored were not enough, and as he got addicted to drugs, drink and his demanding mistress, it was obvious that he was heading a fall.  Even though he had just hospitalized his wife after beating her up so badly, she still agreed to go on trip to Cuba to accompany Valero to an important boxing match.  It was a decision that would cost her life.

A large part of this fascinating second feature film from writer/director Ignacio Castillo Cottin focuses on Valero, known professionally as El Inca, immersed in these very blood-splattered violent fights in the ring. He always won by knocking out his opponents, which in the early days he could manage in the first round, but as each bout lasted longer so too did the sheer brutality he inflicted on his opponents determined to win at all costs. The very talented Leterni is pitch perfect with his imposing performance as the conflicted young man whose own life came to such a sad abrupt end which he was just 36 years old.

For his very short career Valero was a national hero that nearly all of Venezuela was desperate to celebrate, and even 7 years after his death still wanting to cling to this an unadulterated image of him, his family went to Court to stop this movie being shown. Fortunately they did not succeed so the legend of El Inca will be shown at Miami Film Festival and beyond very soon.