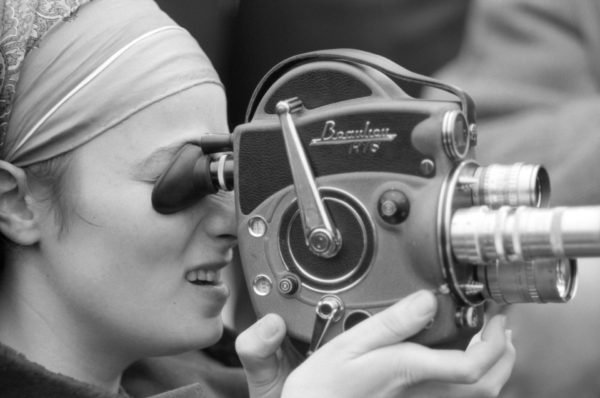 This is a rather conventional documentary of a filmmaker who was anything but.  Barbara Rubin exploded on the New York underground scene  as a teenage when  in 1963 her Uncle asked Jonas Mekas a Lithuanian filmmaker known as the godfather of American avant-garde cinema to give her a job. He was more than happy to do so and got her to work with him at the Film-Makers’ Cooperative

Even at the tender age of 16, Rubin was already a self-professed expert on recreational drugs having learnt from the mental institution her parents had sent her to when they couldn’t deal with her high spirited behavior.

Through Merkel she got to hang with Allen Ginsberg and Robert Frank, Salvador Dalí, Ron Rice, Jerry Jofen, Jack Smith, and Andy Warhol and his Factory.  Later on there was Bob Dylan who she may have dated, Taking to filming in her very unique and irregular way, Rubin let the drugs unleash her imagination to produce some  extraordinary rather outrageous footage.

Two years later, whilst still only 18 years old, Rubin  made her first film ‘Christmas on Earth’. This 29 minute long work features several painted and masked performers engaging in a variety of gay and straight sexual acts. She shot it on two separate black-and-white reels which she had projected onto the screen simultaneously resulting in a layered picture . 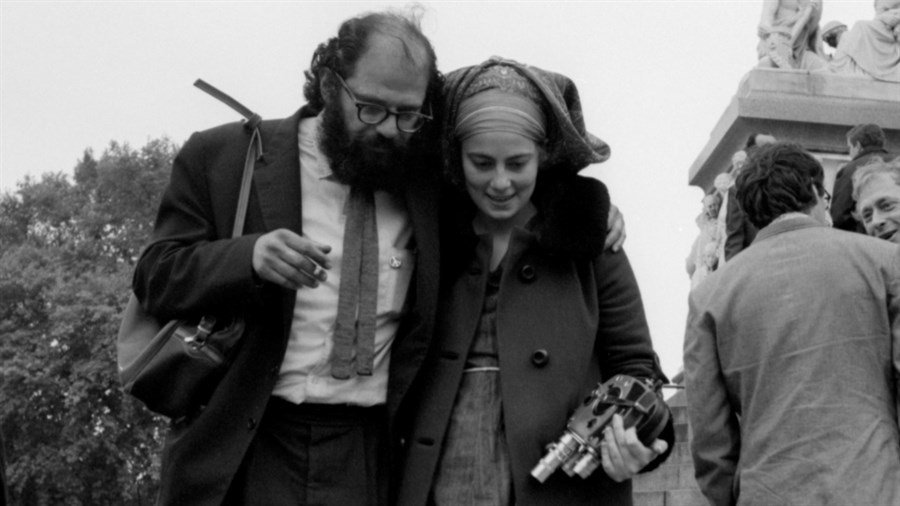 Despite her youth Rubin made herself an indispensable friend to all the creative geniuses she surrounded herself with.  She shot films with Warhol at the Factory, but it was Ginsberg that she was most passionate about.  Even to the point of helping him organize the highly successful International Poetry Incarnation in London.  Rubin made no secret that she wanted Ginsberg to be the father of her children, something that this openly gay man living with a partner, had no intentions of doing.

She may have failed to persuade him to go along with that, but she was more successful in getting him to buy a Farm in upstate New York where they, and other friends could live as in a commune.  Now living in close proximity with Ginsberg,  Rubin got more persistent with her demands which ended up in a showdown between her and Ginsberg resulting with her suddenly leaving the Farm on a whim.

In this documentary by filmmaker Chuck Smith, he successfully outlines the facts in Rubin’s  short life but never manages to get any real explanation about her motives which is such a great pity.   Particular in the next chapter of her life  where she moved into a Jewish Orthodox Orphanage and helped look after the children and also started to study the Torah.  Having renounced all the licentiousness of her previous life, Rubin had turned 360 degrees  and now had ambitions to become the first female Rabbi.

An arranged marriage within the Jewish Community lasted a mere 2 years, but Rubin found herself another Orthodox who she married and moved to France with to live in a Yeshiva and have four children.  It was giving birth to her 5th child that killed her when she was only 35 years old.

It’s the first part of the story that will attract cinephiles interested in this crucial era of experimental cinema.  It is the fact that a 16 year old girl could hold her own in this male-dominated craft, and was intellectually and creatively their equal, makes this story fascinating,  Rubin was both articulate and intelligent and was willing to push her own boundaries way beyond what had gone before, and what was considered morally acceptable.  She ended up leaving such little output and we will never know how she would have developed had she continued  making films.