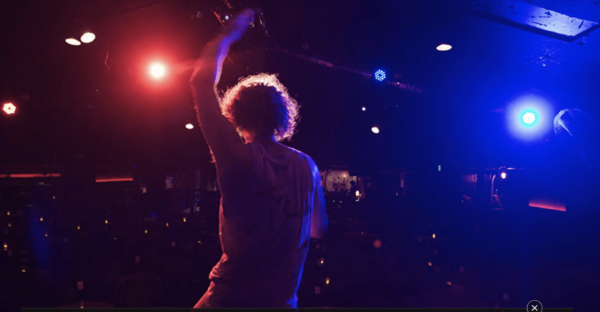 According to the English dictionary,  the meaning of ‘baloney’ is nonsense.  And that is what this directing debut of filmmaker Joshua Guerci really is : harmless nonsense.  It’s a documentary of the ‘Gay All-Male Group’  (that includes a woman and a straight man) in San Francisco who are struggling pre-covid to find bigger audiences for their burlesque and stripper shows.

Led by life partners Michael Phillis and Rory Davies, their semi-nude stage performances attempt to be daring and at the same time legal.  However, they suffer from overly worrying about the general hypocrisy towards seeing naked bodies (especially men’s) in public, which results in rather disappointing routines.  The consequences of which are nowhere better illustrated than in Social Media who even refuse to allow Baloney because they take their own moral highroad and have declared them pornographic.

However, we can see from Guerci’s camera that their shows are far from that.  Even sadder it also shows the Group rehearsing routines which to any viewers at home, hardly come over as provocative and sexy at all.   Maybe they come over better in the flesh so to speak!

Philis and Davies are unquestionably a charming couple (as to are several of the oerfoers off stage) and we end up admiring their passion and commitment to their work.   Sadly despite their best efforts the results of their planning and choreography, most of their routines end up neither making us laugh nor arousing any other parts of our bodies.

They may well be a need for male burlesque shows in this day and age, who knows.  Sadly Baloney is not it.